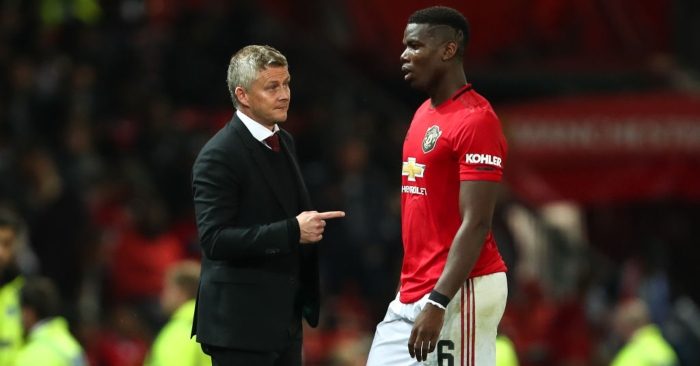 Manchester United boss Ole Gunnar Solskjaer is reportedly willing to allow Paul Pogba to leave the club in the January transfer window, after growing frustrated with the continued speculation over his future.

Pogba played under Solskjaer for the Manchester United academy and initially flourished when the Norwegian replaced Jose Mourinho at Old Trafford last December.

However, he spent the summer lusting after a move to Real Madrid, with Zinedine Zidane hellbent on securing the midfielder’s signature, and the Independent say Solskjaer is ready to cut his losses and allow the French World Cup winner to leave, according to the Daily Express.

The United manager has been forced to defend his star midfielder on a number of occasions, insisting he has no issues with his behaviour.

But Solskjaer has reportedly had enough and would allow Pogba to leave in the New year to raise funds for new recruits.