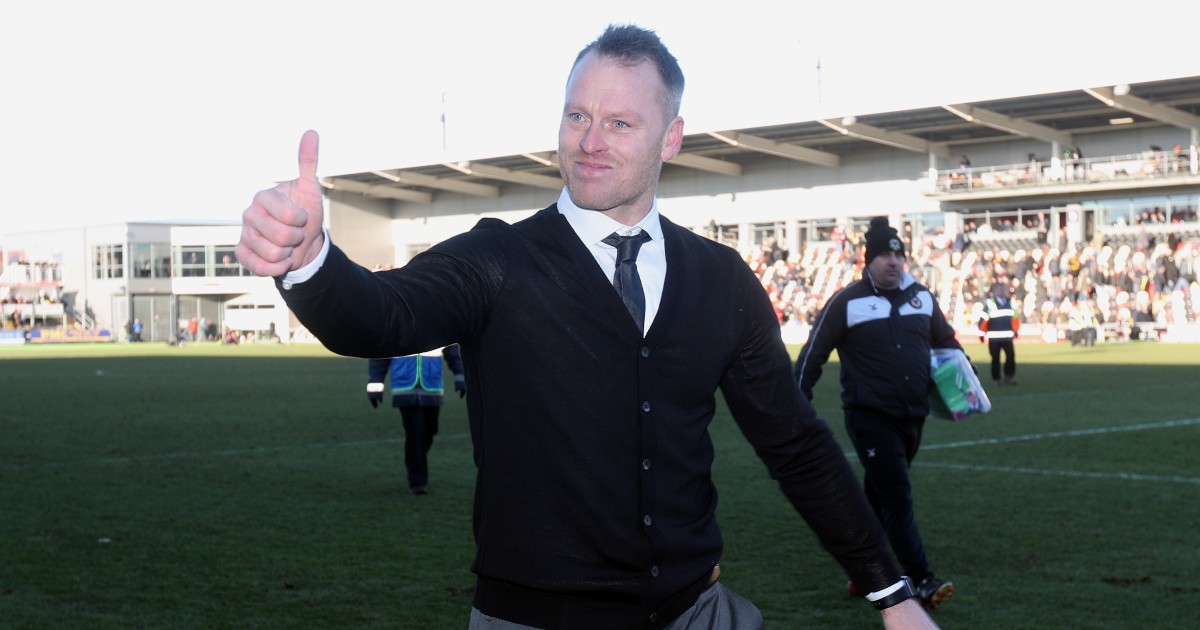 Michael Flynn won nothing at Newport but if football is about moments, the best boss in the EFL just became available. Cardiff could do worse.

Had Michael Flynn’s departure from Newport County been announced in any of the four summers he has been at the club, it would have come as little to no surprise for a plethora of reasons. His decision to leave Rodney Parade this week has sent shockwaves through south Wales.

Long touted as someone who has all the requisite skills to manage higher up the EFL, Flynn has proven that promotions are not necessary in improving a manager’s CV. Four and a half years in a job his wife desperately did not want him to take upon entering himself into the Exiles hot seat in the midst of a relegation battle have shown that Flynn is destined for greater things than Newport could provide him.

If this had unfolded in a higher division, there would be the usual suspects chirping up that ‘he never won anything’ and ‘has left Newport where he found them’. That is football as viewed by those with banter goggles only; the truth is that Flynn has achieved so much and Newport County will likely be a poorer club without him around.

Like Mauricio Pochettino at Tottenham, it is so easy to cast aspersions as to what success can be claimed with no tangible reward. But that is to miss the point of football entirely. Promotion to League One, achieved on little more than the flip of a coin in play-off final defeats to Tranmere and Morecambe respectively in the space of three seasons, would have enhanced Flynn’s reputation, but neither his expertise nor his talent.

Managing above League Two was always in Flynn’s destiny. In truth, it should have happened by now. His loyalty to Newport has been telling – and understandable given the opportunity they gave him in March 2017.

With the club looking destined for relegation, they came out on top in a tug-of-war between themselves and Hartlepool United. That great escape was only the start of the magic moments Flynn brought.

Leeds United, Leicester City and Middlesbrough were all dispatched across the two English cup competitions, while Tottenham, Newcastle and Brighton all needed either replays or extra-time and penalties to overcome the Exiles.

Flynn delivered something on an almost annual basis that fans of clubs of similar size and stature often experience only once or twice in a generation. For the real fans – and those who follow Newport all fall under that umbrella – that matters more than anything. Flynn allowed Newport fans to dream time and time again. So many clubs across the EFL desperately need to be allowed to dream. A man with vast experience of aiding that is now available.

Initial reports suggested that Flynn would take charge of the match against strugglers Scunthorpe United on Saturday afternoon, a romantic notion but one that in truth would have been an odd decision. Flynn leaves on a defeat – to a Barrow side whose path in recent years has not been dissimilar to Newport pre-Flynn – but with the respect and adoration of every Exile in the land.

As of this moment, it is unclear what the next step will be. This writer, among many others, has championed Flynn for moves to the Championship in the past, and you need more than one hand to count the number of clubs he would be better suited to than their current employees in the managerial hot seat.

You need not leave the country to find one Championship outfit in dire need of what Flynn offers. His near half-decade in the yellow and black corner of south Wales has showcased his ability to turn a club’s fortunes around in a consistent and sustainable manner. Cardiff are far from alone in needing what Flynn can offer.

But Newport will suffer gravely for his absence. Whoever comes in to replace Flynn is stepping into the shoes of perhaps the most talented manager in League Two. One dares posit it won’t be long until he showcases that quality at a higher level.

Had Flynn left in the summer, days, weeks or months after the agonising extra-time defeat to Morecambe at Wembley, it would have come as little surprise. Having constantly battled seeing star loan players recalled by parent clubs halfway through seasons while seeing his brand of football undermined by the ever-battered pitch at Rodney Parade, he almost always found alternative ways to succeed.

Managing this club for four and a half years without a promotion did not mean Flynn failed. He succeeded in every way, taking a club on the edge of a return to the National League and turning them into perennial promotion battlers with the best underdog record in the bottom two divisions in knockout cup competitions.

If football in its purest form is about moments of celebration, magical days and memories that will last a lifetime, then Flynn has been the most successful manager in this – or any – division for quite some time.

His next destination is unknown, but wherever he ends up, you can bet your bottom dollar that the magic times will follow him there.