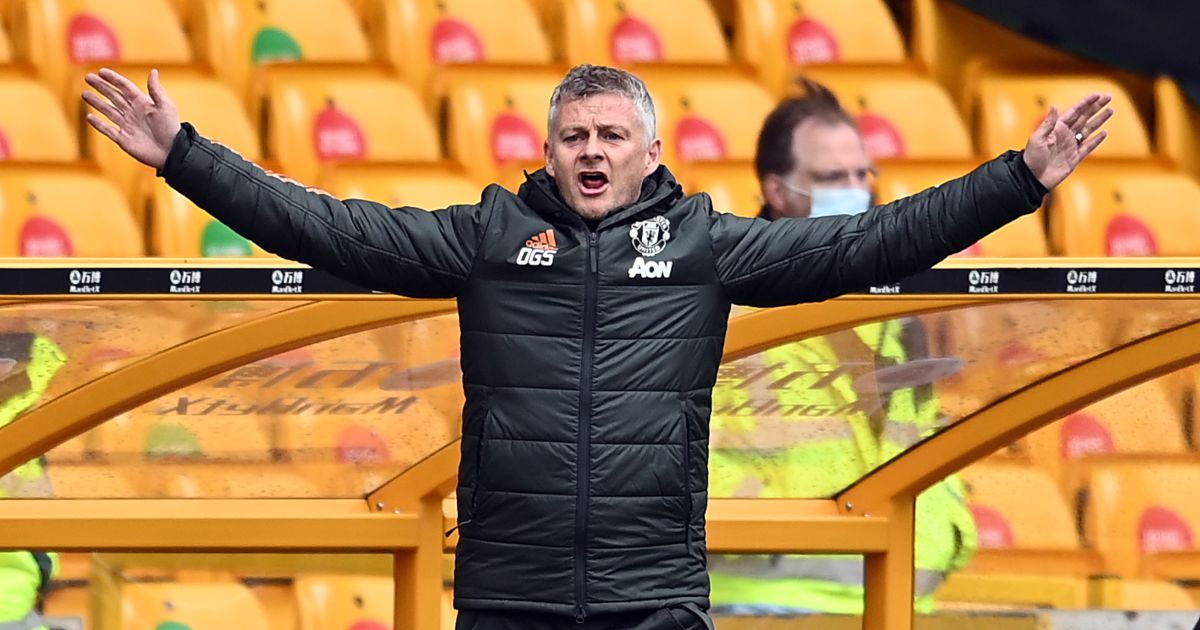 Ole Gunnar Solskjaer is no Bruno Lage, apparently. He just does not have his aura…

Elite arguments
Mediawatch is not about to argue that Ole Gunnar Solskjaer is a truly great coach but really, was it wise of the Daily Mirror to ask professional Scouser Andy Dunn to write a comment piece ahead of the Europa League final?

‘Solskjaer is NOT one of football’s coaching elite & even victory tonight won’t make him one of the game’s special ones.’

In Andy Dunn v A Massive Straw Man: The Battle, they really can be only one winner.

Who on earth has even vaguely made the argument that Solskjaer is part of the elite? Well, apart from Ally McCoist, and even he does not seem entirely convinced. And why would winning the Europa League (triumphant managers over the last decade include Julen Lopetegui, Maurizio Sarri and of course Unai Emery x 3) change that billing?

‘They are managerial elite, a cabal of coaches who would be considered candidates for any top European job that became available.’

Agreed. We’re not sure why you are making the point that Solskjaer does not belong in that company, mind.

‘There are more names in the group. Bielsa, Conte, Lage. And good old Jose hanging in there.’

We shall stop you there, Andy, because you just said ‘Lage’ and cruised on by as if that were perfectly normal. That would be the same Bruno Lage who was sacked by Benfica last summer having equalled their worst ever series of results. The same Bruno Lage who has only managed 76 games in senior football. The exact Bruno Lage who is about to be appointed by 13th-placed Wolves.

And you are arguing that Solskjaer is not in his class? Just as we thought we were dealing with a straw man, it turns out this construction was made entirely of sh*t.

‘He might manage a club with strong claims to be the biggest in the world, he might be the main footballing man at a great institution, but there is no aura about Ole.’

He’s no Bruno Lage, that’s for sure.

‘Pochettino somehow failed to win the French league with Paris Saint-Germain, but if the Manchester United post became available, the Argentine would be a prime contender.’

Indeed he would. But you know who wouldn’t? Marcelo Bielsa, Jose Mourinho and Bruno bloody Lage.

‘Yes, just because he is a thoroughly sound, likeable guy does not necessarily make him the right man for a United that wants to be contending for the senior European trophy and for the Premier League.

‘And winning the Europa League and a final against a Villarreal team that finished seventh in La Liga will not necessarily signal Solskjaer’s long-term suitability.’

Upset stomach
The back page of the Daily Mirror is given over to Ole Gunnar Solskjaer’s belief that Sir Alex Ferguson can inspire him to his first trophy as Manchester United manager. All very nice. All very anodyne. It also includes this quote from the Norwegian:

“He’s like an encyclopedia of football, even though I got him on a quiz question yesterday. One of the players got the answer before him and I’m sure he’s not happy with that!”

The quote marks – which no longer denote a quote, it seems – are a lovely touch.

The Kane gang
As we stare at a Sun back page conflating Gareth Southgate and the Harry Kane transfer saga and the words ‘Three Lions skipper Kane made it clear he wants out of Spurs, with Manchester City and Manchester United keen to seal a £150million deal this summer’, we remember that the same journalist Duncan Wright told us literally two weeks ago that:

‘Manchester United will not go any higher than £90m. And Edinson Cavani’s new contract has bought them some time.’

Some time. But not much time.

Oh and Mediawatch would still be utterly astonished if Manchester City and Manchester United really are ‘keen to seal a £150million deal this summer’.

But we cannot help but admire Wright’s consistent attempts to try and find Kane a new club.

Muddling through
On The Sun inside pages, the headline reads ‘Gareth’s muddle management’ and then ’33-MAN LIST CREATES CONFUSION’.

Does it? Or is it perfectly understandable considering that 12 of the 33 players are in European finals this week and the England boss has injury doubts over four key members of his squad?

Are we really claiming Southgate has cocked this even before we get to the tournament? Even for The Sun, that is some phenomenally early knee-capping.

The article itself is from Dave Kidd and he evokes the spirit of 1998 as he writes:

‘Having said he wanted to avoid a ‘La Manga situation’ – the infamous 1998 World Cup sewage show when an axed Paul Gascoigne vandalised Glenn Hoddle’s room in the England team hotel – he has got himself into a La Manga situation.’

This could not really be further from a La Manga situation. They’re not even going abroad, for God’s sake.

All this trumped-up nonsense when really all The Sun want to say is ‘it’s not fair because we had loads of content planned for the actual, real squad and Southgate has f***ed us by changing his mind at the last minute’.