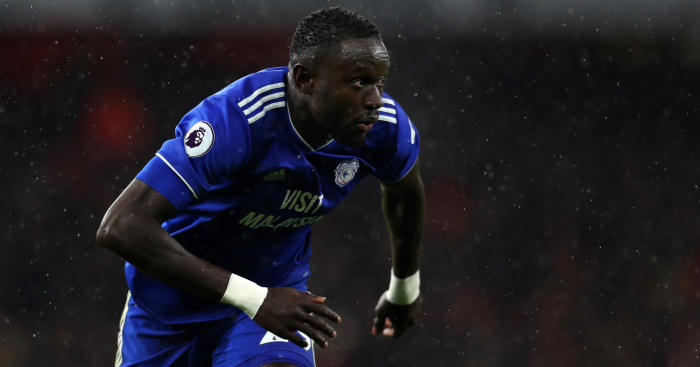 Q. What can you say about a Premier League player best known for being publicly rejected by his manager?

A. That he’s still in the Premier League, and was his team’s man of the match this past week.

The player is Oumar Niasse, and the story starts exactly three years ago, when the Senegalese striker joined Everton on the last day of the January window. He came from Lokomotiv Moscow for ₤13.5m, at the time the club’s third highest transfer fee ever. He had a decent strike record in Russia and at 25, with a four-and-a-half-year contract, had plenty of time to improve.

He got about six months. He’d been purchased by Roberto Martinez, but Bobby had come to the end of the line at Goodison Park, and was sacked just before the season ended. The new manager was Ronald Koeman and almost immediately it became clear that Niasse was not wanted.

So clear, in fact, that Koeman famously told the whole world that he was surplus to requirements. Niasse had rejected a loan move in the summer, hoping to fight for his place, whereupon Koeman made him train with the development squad. The Dutchman was adamant that Niasse wouldn’t play for him: “Normally we have enough strikers and different strikers to what he is. I prefer these people and not Niasse in the team.”

Ouch and triple ouch. Niasse got the message, moving on loan to Hull City the following January, where he was part of Marco Silva’s merry band that just missed survival. He made 17 appearances, most memorably coming off the bench for a brace to beat fellow relegation candidates Swansea City. Earlier he’d netted the clincher in a shock win over Liverpool, and soon he’d score a crucial goal as Hull beat Middlesbrough in another six-pointer.

Unfortunately the goals dried up in the final weeks of the season, and when Hull City went down, Niasse returned to Everton and nemesis Ronald Koeman. The welcome was no warmer – he wasn’t even fitted for a club suit in the summer – but Niasse got down to work and set about impressing his manager.

It soon became obvious that Koeman had troubles of his own. The Toffees had been awful to start the season, and in the sixth week, the desperate Dutchman finally put Niasse in the squad for the home match against Bournemouth. Things were definitely desperate as the game neared the hour mark, the hosts trailing 0-1 and getting some serious unrest from the fans.

So Koeman called for Niasse. And wouldn’t you know it, he repeated his Swansea feat, scoring twice to win the match. The first was an absolute classic, where he won the ball in midfield, exchanged passes, made the run, gathered the through ball and finished. Koeman was sacked three weeks later anyway, and Niasse would finish the season with eight goals and two assists, plus winning a penalty. Karma’s a bitch.

Oumar Niasse was never going to be the answer for Everton’s attack, but he was, dare I say, the only real positive in a terrible season. The way he worked and ultimately got back a place in this team was incredible. Even got Goodison rocking. I’ll always respect him for that.

Even better for Niasse, he’d be joined by Silva in the summer. But Everton are a lot more ambitious than Hull City, so although he was given his chance, a few weeks ago it was loan time again, to Cardiff City. On Tuesday he was excellent in the Bluebirds’ 2-1 loss at Arsenal, with some strong direct running and particularly impressive link-up play. He got into good attacking positions and won several corners as well.

Yes, Arsenal have been bad, but Cardiff have been really lively & part of the reason for Arsenal's poor play.

Best performance from Cardiff in 2019 so far.

Niasse has been leading line well & everyone tracking back & covering.

Perhaps not completely match fit, he left after 73 minutes, but was named Cardiff’s man of the match by the local media. One Bluebird fan tweeted, ‘We have a genuine striker and it’s so good to see. Niasse making a real positive difference to our play. We’re giving this a real go.’ A messageboard post read ‘One of the best forward displays I’ve seen in quite some time.’

‘Quite’ is a good word for Oumar Niasse. He’s had quite the odyssey so far. But that’s because he’s quite the player, one of the oddest strikers to hit the Premier League in quite a while. His combination of strengths and weaknesses is one you rarely see, certainly at this level.

His biggest weakness is technique, and you might as well give it a capital T. His first touch makes Romelu Lukaku look like Dennis Bergkamp. You can hear the clank through the television set. He’s actually a decent finisher, and if he controls the ball well enough, can be genuinely dangerous. The problem is that his touch usually takes the ball to a place where the finish is much more difficult.

You’d think that’d be enough to keep him off the pitch permanently. But he compensates with tactical intelligence: he makes excellent runs and positions himself well to anticipate a cross or cutback. Only average in the air, he’s very good at getting in front of his marker to serve as a target. We’ve already mentioned his link-up play, and he has enough pace to be a threat on the counter.

Somewhere in the middle is his dribbling. He’s a bit slow on the draw, but once he gets going is hard to stop. At the same time, he tends to keep his head down while he’s doing it, which means he frequently doesn’t spot teammates quickly enough.

It’s the sort of mix which makes a Premier League future uncertain. While he deserved to be man of the match against Arsenal, he also lost his two best scoring chances with poor touches. There was a penalty shout on the first, but it would have been very soft. You can’t predict he’ll be a saviour.

Right now, though, Cardiff is the ideal spot for him. The side need a striker, and if he hits a hot streak, he could make the difference between survival and relegation. Those eight goals last year with Everton say it’s not out of the question. And someone at the club should keep a measuring tape handy. If Niasse does pull it off, he can exchange one shade of blue for another, and order all the suits he wants.