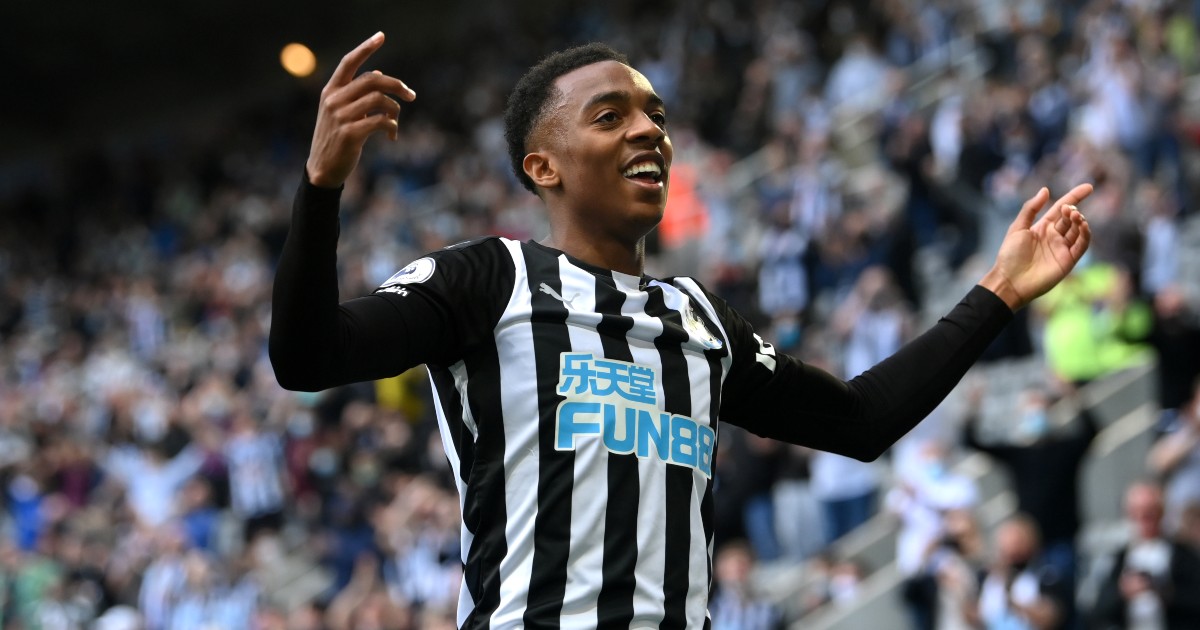 There is still a disconnect between owner, manager and fans at Newcastle. But the players love Steve Bruce and Joe Willock is among them.

For all the goals he’s scored, the moment that truly highlighted the unbelievable potential of Joe Willock played out in the middle of the pitch.

During Willock’s fourth game for Newcastle, Wolves forward Adama Traore, slicked up in oil and running on his latest taurine injection, overhit the ball while in possession. The brittle midfielder headed into the 50-50. This wasn’t going to be pretty for the Arsenal loanee, you’d think, yet as they collided it was Willock who barged Adama to the floor.

It was a show of exquisite strength: something that many would not assume the 21-year-old had. And this hidden aura pretty much sums up Willock. The inexperienced, babyfaced Gunner is merely moonlighting as such. He’s actually a ruthless, goal-hungry, marauding midfielder who’s able to body the Premier League’s most formidable tank to the green like a ragdoll.

Rule 5) of football advises to ‘never fall in love with a loanee’ but it’s been pretty hard for Newcastle fans not to get attached to the departing Willock.

His goals probably saved them from a third relegation in 14 years under Mike Ashley – eight strikes granted Newcastle a further 14 points in total. Without him, instead of 12th, they would have finished 17th on 32 points, and no doubt the relegation battle would have gone to the wire.

He is back at Arsenal HQ and faces a choice of remaining there as a fringe player next campaign or returning to the northeast and presumably getting more game time.

As you would expect he’s remained tight-lipped but Bruce has been very open in his desire to have him signed.

“He’s given us something which we certainly didn’t have before,” Bruce said. “He’s a very very good player. So I’ve said now for three or four weeks, we’d love to bring him back.”

In normal circumstances, the signing of such proven quality would be no issue, but given the current climate, Newcastle might not be willing to spend so much.

The takeover saga has now rumbled past a year now and the arbitration process which is designed to decide who will be the owner of the club next campaign is set for July, a month before the season starts. Ashley is not willing to spend lavishly at a club that might not be in his hands in six months. Such is the owner’s way, even though his value has increased by £769m from last year, reports suggest he will grant his wantaway club a summer transfer budget of £12million.

The Newcastle merry-go-round, from paddling pools at training grounds to Yohan Kebab, to two literal fingers to the fans and beyond, Ashley, for all these arbitrary spending sprees in the midst of the club’s 14-year nadir, will never offer anything more than a restrictive element for a club whose pedigree and potential is boundless but unrealised.

Can we all just take a moment to realise that this picture is real & #nufc players are given a f***ing paddling pool to cool down after training.

This sums up Mike Ashley's ownership of Newcastle Utd.

Technically, it does the job & it's cheap.

Right now with the talent they have, Newcastle are a box full of magic fastened shut down by the weight of an insidious owner.

Ashley doesn’t want the club – at least not for anything less than £300million – and the fans don’t want him. They don’t want Bruce either but things are a little more complicated on that front.

The consensus is Newcastle supporters owe him praise for the improved finish, but in doing so it would be a clear sign of endorsement, so no fan is willing to.

No doubt the style which Bruce adopts – as the only side in the league who opt not to press according to the Team Sequences (Pressure) tab here – is not a popular method. Given the prowess they have upfront, the legs and guile of Miguel Almiron and Allan Saint-Maximin, for instance, you would expect more front-foot football.

Even in victory there is something to worry about; no game has ever seemed seamless under his care.  Their squad value is the 12th highest in the league according to Transfermarkt. But Newcastle battled with relegation for a good portion of the season before their late revival.

It’s a quote that encapsulates him perfectly. Though he gets that 12th place is not good enough, he then mars his statement by talking about “humble pie” and rejecting the notion that it is failure. This means, of course, he lacks the same concerns as others because he believes such frailties are not there. The trouble is, the resuscitation he performed on the club was only after he inanely shot them himself.

Things have become ugly and toxic off the pitch. His son Alex Bruce, former player and apparent campaigner against online abuse, fired shots at a recently banned local journalist by dubbing him a ‘rat’. Then others, without a shred of irony, abused the younger Bruce for his hypocrisy.

This level of vitriol with fans back in the ground can only spell disaster. Such spite often filters down into club culture and is subsequently expressed on the pitch.

For all the negativity, Newcastle did finish a respective mid-table and a position higher than last season so, in the context of their own campaign at least, it’s not bad going.

It even provides a template now to build upon for next season and make that push up the table.

To move in such a direction, a majority will argue, would require the dismissal of Bruce, but it’s hard to see Ashley wanting a change of management for a coach he’s both fond of and one who has for consecutive seasons provided comfortable finishes. It’s a low chance Ashley would gamble Bruce for another in the pursuit of entertainment, a more modern style, more focused pressing or better xG.

The manager doesn’t have the support of fans but he does of the players and in that there could a semblance of hope.

Willock recently wrote on social media in an image of him and Bruce: ‘A person I respect so much. Thanks so much, boss.’

It puts paid to the idea that any dressing room has been lost and Willock is not the first to speak highly of Bruce and his man-management. Regardless of managerial prowess, a happy dressing room usually yields an effective team.

Bruce will not find himself in fan favour next season and will be unable to escape the boos this time around when supporters are allowed to return to St James’ Park.

Like Ashley he’s an unwanted man, and the only way to negotiate at least a semblance of unity from fans would be to show ambition market and bring in a young English player who could take the club forward.

The signing of Willock offers the biggest – and perhaps only – semblance of opportunity. They must snap him up at all costs or face a frustrating season like no other.