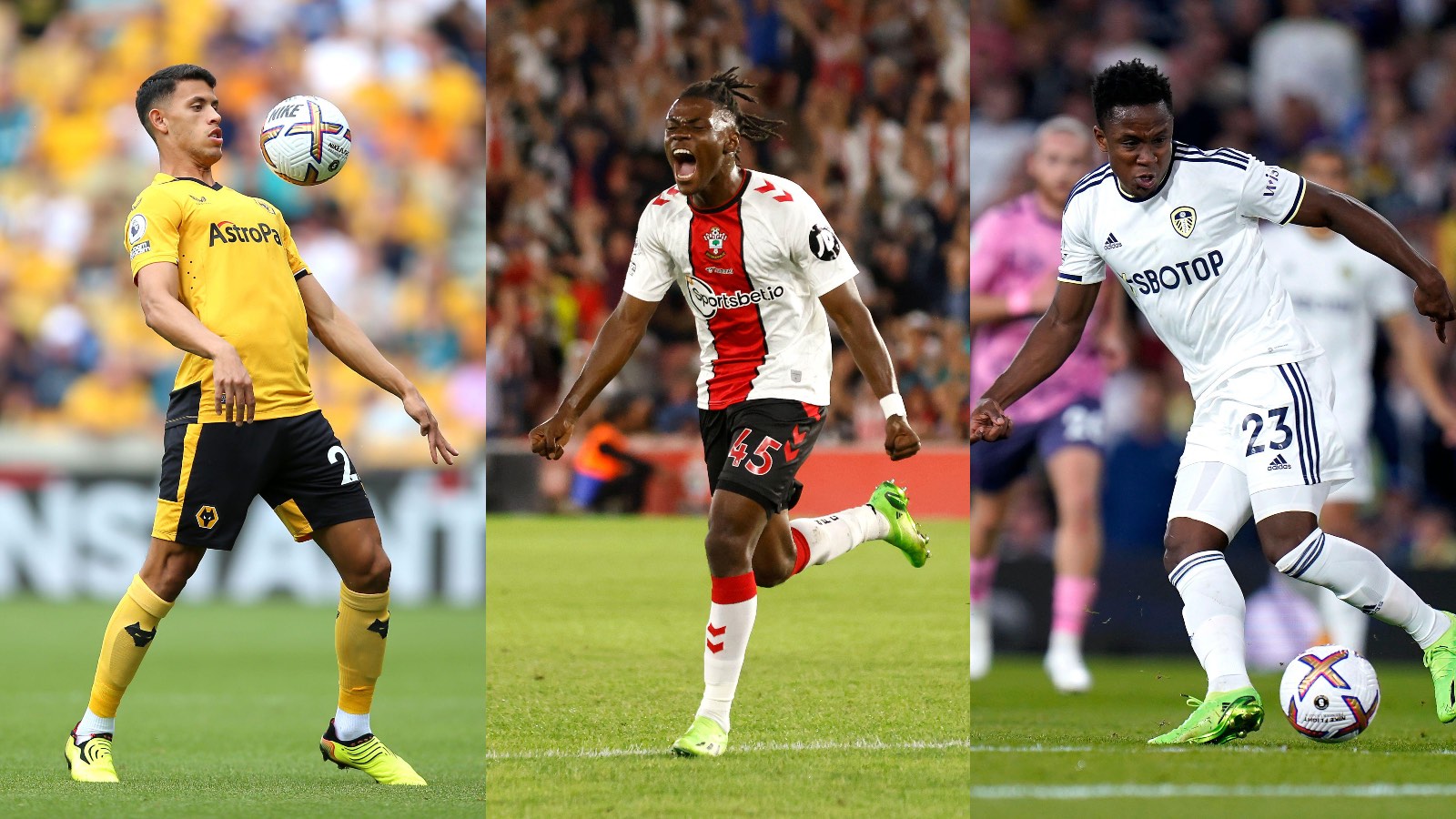 Massive markups, international call-ups and midfield backups. Signed in the summer and already linked with moves away – these Premier League newbies are playing too well…

Armel Bella-Kotchap
Ralph Hasenhuttl, like the rest of us having seen more than a couple of minutes of Bella-Kotchap in action, knew the 20-year-old had the “physical quality” to play in the Premier League. He’s very big and very quick. The Southampton manager’s only concern was his mindset, but as it turns out “the Premier League is so interesting for him and he is fully focused”.

Perhaps more interesting than Virgil van Dijk found playing for Southampton in that period when everyone knew he would be going to Liverpool and he stunk out St Mary’s with some truly terrible performances. Saints fans will be hoping for less of a downturn in Bella-Kotchap’s form before he makes that same well-trodden pilgrimage to Anfield.

A report claims Jurgen Klopp is an ‘admirer’ of the centre-back, who’s just been handed a timely first call-up to the senior Germany squad ahead of the World Cup, and sees him as the perfect understudy to and long-term replacement for Van Dijk.

Romeo Lavia
Despite eight summer arrivals and an outlay of £250m, Chelsea fans went to bed unsated after a Fabrizio Romano tease on deadline day. Having announced the loan deal for Denis Zakaria, the transfer tormentor claimed the Blues had made a ‘surprise £50m bid’ for an unnamed midfielder.

It was Hank Schrader reading the inscription in Walter White’s book, Jon Snow being stabbed by the Night’s Watch: Romano drew the transfer-hungry Blues fans into a frenzy with his Heineken-infused Twitch cliffhanger. Or maybe they didn’t really care all that much, but whatever.

It was certainly a surprise, though, given it took Lavia just 420 minutes of football to increase his value by nearly 400 per cent. He did score a smashing goal against Chelsea just before, but still, that’s a big ol’ markup on a player who had moved from Manchester City – who clearly deemed him not good enough for them – for just £11m weeks before.

Reports have suggested Chelsea could return for Lavia in January, but Southampton have so far insisted he’s ‘untouchable’, and Graham Potter has since replaced Thomas Tuchel so that interest may now have waned. Moises Caicedo seems more likely.

Matheus Nunes
Don’t know if you’re aware, but Liverpool quite fancy buying Jude Bellingham in the summer. Unfortunately, people at other top European clubs, including Pep Guardiola, also have eyes, and some of those clubs, including Manchester City, have more money to splurge than Liverpool.

We’re in for a ‘Bellingham alternative’ long haul and Nunes is one player to have reportedly made the shortlist.

The 24-year-old moved to Wolves from footballer-factory Sporting Lisbon in August for £34m, has impressed in his short time in the Premier League, and Liverpool ‘plan to monitor’ him throughout his debut season.

They could even move for him in January if Jurgen Klopp’s frustration with Arthur Melo boils over to the point of contract termination. Reports claim the Liverpool boss is already ‘fed up’ with the Brazilian’s ‘easy-going’ attitude, two weeks into a supposed one-year loan. Whoops.

Luis Sinisterra
Leeds paid £21.4m to bring the Colombian star to Elland Road from Feyenoord this summer as a replacement for Raphinha and he’s scored in both of his two Premier League starts. And therein lies the problem – as was the case with Raphinha, he’s playing too well for a selling club.

His possible summer departure, Leeds fans will be delighted to know, relies on Chelsea and their interest in Rafael Leao.

The Blues reportedly made a late bid of the AC Milan forward of around £70m in the summer, which was rejected, but are expected to keep that interest alive through to January and beyond.

Milan want to keep Leao – whose contract expires in 2024 – but may struggle with Chelsea likely to be able to offer significantly better terms to the 23-year-old. Anyway, should Chelsea snatch Leao, AC Milan will reportedly look to tempt Sinisterra from Leeds.

Aaron Hickey
There have been no new suitors emerging for Aaron Hickey since his move to Brentford from Bologna, but Arsenal and West Ham were credited with interest before his £15m switch and should he maintain the high level of performance he’s exhibited in his short Premier League stint thus far, those rumours will emerge in no time.

The former Hearts full-back was mightily impressive against both Wilfried Zaha and Jack Harrison, perhaps the two most in-form wingers in the league, in Brentford’s last two games, while playing out of position on the right.

And the Scotland international’s versatility will be a key factor for interested parties in the future, along with the defensive capability we’ve already seen and his eye for a goal, which we are yet to experience in the Premier League but was illustrated by the 20-year-old last season with his five goals in Serie A.