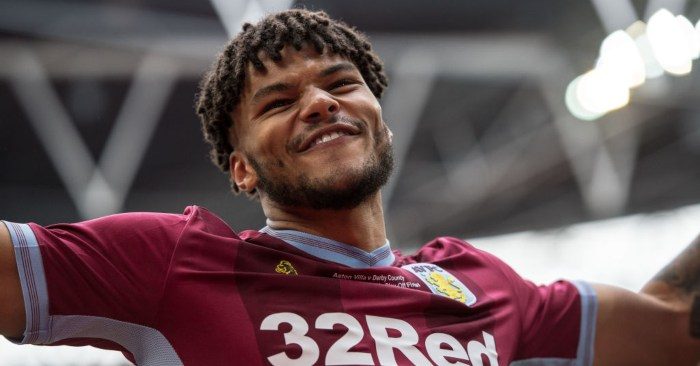 People are obsessed with transfer fees. ‘How much?’ is the first, second and sometimes last question asked about a transfer. That figure will then be carried on that footballer’s back for the entirety of their spell at that club – and often beyond. Some footballers are weighed down by the heft of that number, while some dance lightly on the balls of their feet, safe in the knowledge that they will be considered a ‘bargain’ until they move on for a bigger fee and risk the possibility of becoming an ‘expensive flop’. And all because administrators at two football clubs decided on a fee that would perfectly encapsulate how much each club need or want that player relative to how much they need or want money.

There are other factors involved – the will of the player, sell-on clauses and sell-on value among the most prominent – but generally, a transfer fee merely captures a moment when the circumstances of two clubs collide. It is no more an indication of quality than the price of clothes in an airport. It’s why Bournemouth could quote a £75m price for Callum Wilson in January that they would never expect to receive in July; it’s why Crystal Palace can legitimately afford to ask for at least £80m for Wilfried Zaha from Arsenal; it’s why established Belgian international Youri Tielemans is joining Leicester for less money than Manchester United have paid for uncapped Englishman Aaron Wan-Bissaka. The numbers are not exactly arbitrary but they reflect a degree of desperation as much as the ability of the footballer.

Tyrone Mings is an excellent example. So excellent, in fact, that it is almost like he has been sent to illustrate the point. In January – after three-and-a-half years at Bournemouth in which he made just 17 Premier League appearances, and not solely because of two serious injuries – the Cherries would have probably taken a fee of £8m for a player who was set to become their fourth or even fifth-choice centre-half after the arrival of Chris Mepham. Had Mings proved his fitness but Villa not been promoted, that potential fee may have risen to £10m. In truth, that £10m asking price would probably still apply to any other club interested in the former Ipswich man this summer. But to Villa, after an impressive 18 Championship games in four months, he is ‘worth’ £20m. Bournemouth knew that, exploited that and have happily more than doubled their outlay on a player who is not part of their plans.

You cannot say Villa have overpaid – and providing a list of centre-halves available for less is utterly pointless – because that price is exactly what they were willing to pay for a centre-half who is loved and respected at Villa Park. It does not mean that he is almost as good as Everton’s European Championship winner Andre Gomes or that he is 33% better than Manchester United’s new winger Daniel James; it just means that Villa were truly desperate to sign him and, even with no competition for his signature, that drove up the price. The lesson from the debacle of Fulham’s season is that clinging to the comfort of the familiar is not the worst strategy for a newly-promoted club.

Bournemouth have ended up on the right side of this particular deal, but this is the club that spent a combined £38m on Dominic Solanke, Jordon Ibe and Brad Smith. Liverpool could ask for considerable money for those players because they came with a red tag, and Bournemouth paid that inflated fee because they wanted that reflected glory; they wanted to be in that market for those players.

Football clubs take turns to hold all the cards. Aston Villa can pay £20m for Mings while simultaneously valuing John McGinn at £50m; both players are worth more to them than any other Premier League club right now. In 12 months’ time they could both be for sale for either double or half those fees, depending on Villa’s Premier League status, the emergence of other players and the desperation of those with money in their pockets. Those numbers are only relevant this month. They are a snapshot.

But still people will ask ‘how much?’ as if it means anything at all. Though we reserve the right to join in when Neymar moves back to Barcelona for £300m.