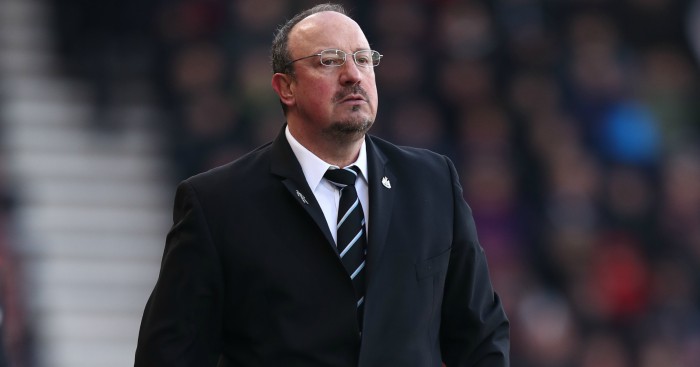 In August 2017, with Newcastle United back in the Premier League again and under the stewardship of Rafael Benitez, owner Mike Ashley considered it a safe time to issue a number of apologies to the club’s previous managers. Chris Hughton, Alan Shearer and Sam Allardyce were all namechecked by a man publicly – and deliberately – embarking on a mea culpa marathon. If you’re only going to do it once, do it properly.

Ashley saved his most eloquent apology for Kevin Keegan. His guilt had been established in a court of law as far back as 2009 when Keegan was awarded £2m for constructive dismissal. At the time, neither Newcastle United nor Ashley had offered a comment. That was about to change.

“Kevin Keegan is an outstanding individual and also did his best,” Ashley said. “It wasn’t always easy for Kevin at the football club. We didn’t have the structure around that we should have had to support him. I will take responsibility for that. Kevin, if I let you down in any way, I apologise.”

To err is human, to forgive divine and to merrily make the same mistakes over and over again is to ‘Ashley’. Having let down Keegan, a popular character with excellent man-management ability and an even better heart, Ashley is doing exactly the same again. Apologies only hold meaning if they also hold intent to atone.

On the eve of another season, Newcastle are back in a state of stasis. Rafael Benitez refuses to sign a new contract – his current deal expires next June – given his concerns over the lack of investment in new players and in the club’s academy despite record-breaking broadcasting revenues. Ashley refuses to sanction significant investment in new players given his concerns that Benitez might leave at the end of his contract.

It’s a magpie-and-egg tale as old as time, a political standoff that threatens to plunge this club back into the apathy from whence it came and never quite seems able to escape. Newcastle are a tragedy club, unable to heal fully self-inflicted wounds and fulfil their obvious potential. Under Ashley, many supporters will tell you, they never will.

So far this summer, Newcastle have made the permanent signing of a goalkeeper who was already on loan, signed a relegated midfielder on a free transfer to replace one sold for £10m, and renewed another season-long loan deal. The Kenedy deal is a success story, but Benitez has been told that he must “wheel and deal”, in the manager’s words. That means sell before he can buy. He’s been doing that since he joined.

Take Salomon Rondon. The West Brom striker was not even Benitez’s first-choice target, but after alternatives were missed he settled upon Rondon as a reasonable option. Rather than agreeing to pay the £16m relegation release clause, Newcastle made a derisory loan bid that was rejected out of hand. Now West Brom are doubly determined to play hardball. The season starts in three weeks, and Ki-Sung Yueng is the only new face.

This is a club existing on a lower financial plane than its peers. Benitez has made a profit on transfers and taken Newcastle from relegation fodder to a top-half team with defensive organisation and mettle. The only other Premier League manager to do the same over that period is Mauricio Pochettino, who both found a good squad at Tottenham and had a world-class academy product. The only academy graduate to establish himself in Newcastle’s team over the last five years is Paul Dummett.

Ashley’s view does hold a semblance of logic. So strained is the relationship between manager and owner that it may never be repaired. Given his desire to sell Newcastle United – while adding roadblocks to that potential sale – handing long-term deals to his manager’s preferred transfer targets could end in problems if that manager then walks.

Ashley runs his football club like he runs his businesses: Buy low, sell slightly higher, look after the bottom line and try and avoid thinking too much about the happiness of those who you employ. Having finished tenth last season, he can point at the league table and shrug his shoulders. One of Benitez’s problems is that he is a good enough coach to cover up the cracks. For now.

But there is a solution to this impasse: Make Benitez feel wanted. Bournemouth are aiming to sign two South American World Cup stars for a combined £55m. West Ham have invested heavily in Manuel Pellegrini’s vision for the club. Benitez is not asking for financial carte blanche, merely the opportunity to improve a squad desperately thin on Premier League quality. There is a middle ground between austerity and opulence. Ashley’s preference for the former is a suffocating fog that seeps into every corner of St James’ Park.

The little things matter, too. Ashley failed to directly congratulate Benitez for earning the club promotion in the week after it was achieved. Season ticket prices have risen by 10% for the coming campaign. When the club’s new kit was released last week, it was revealed that it would be more expensive in Ashley’s Sports Direct shops than any other club. The total for shirt, shorts and socks with no number or name? £111.97. The club’s training ground is in desperate need of an upgrade. The stadium needs tender loving care and investment. The list goes on and only gets bleaker.

Downtrodden supporters are in no doubt who to side with. Just wait for the outpouring of anger if Newcastle let this manager walk off into the sunset. Just wait to see happens to this squad if such a capable defensive organiser leaves. They know how lucky they are to have him.

Everyone knows, other than the one who matters most. Whether through Ashley’s stubbornness, arrogance, frugality or warped sense of principles, Newcastle risk treading themselves into the ground again. Even if Benitez stays on for the entire season, he must make a squad more than the sum of its parts just to tread water.

This is no political power play to cement Benitez’s position as rightful ruler. He is loved in Newcastle like any manager who buys into the local community and culture. Benitez revels in managing provincial clubs with passionate supporters. This should be the perfect fit, but the pieces don’t fit anymore.

A now-permanently uneasy marriage is heading for predictable divorce unless something changes drastically, either now, later or next May. Having come close to leaving to take over Spain on a temporary basis, Benitez will not be short of offers.

In three years’ time, Ashley might issue the same mealy-mouthed admission of culpability about this period of stasis. It will count for nothing then, too. This is Newcastle United, the football club where tomorrow never comes.