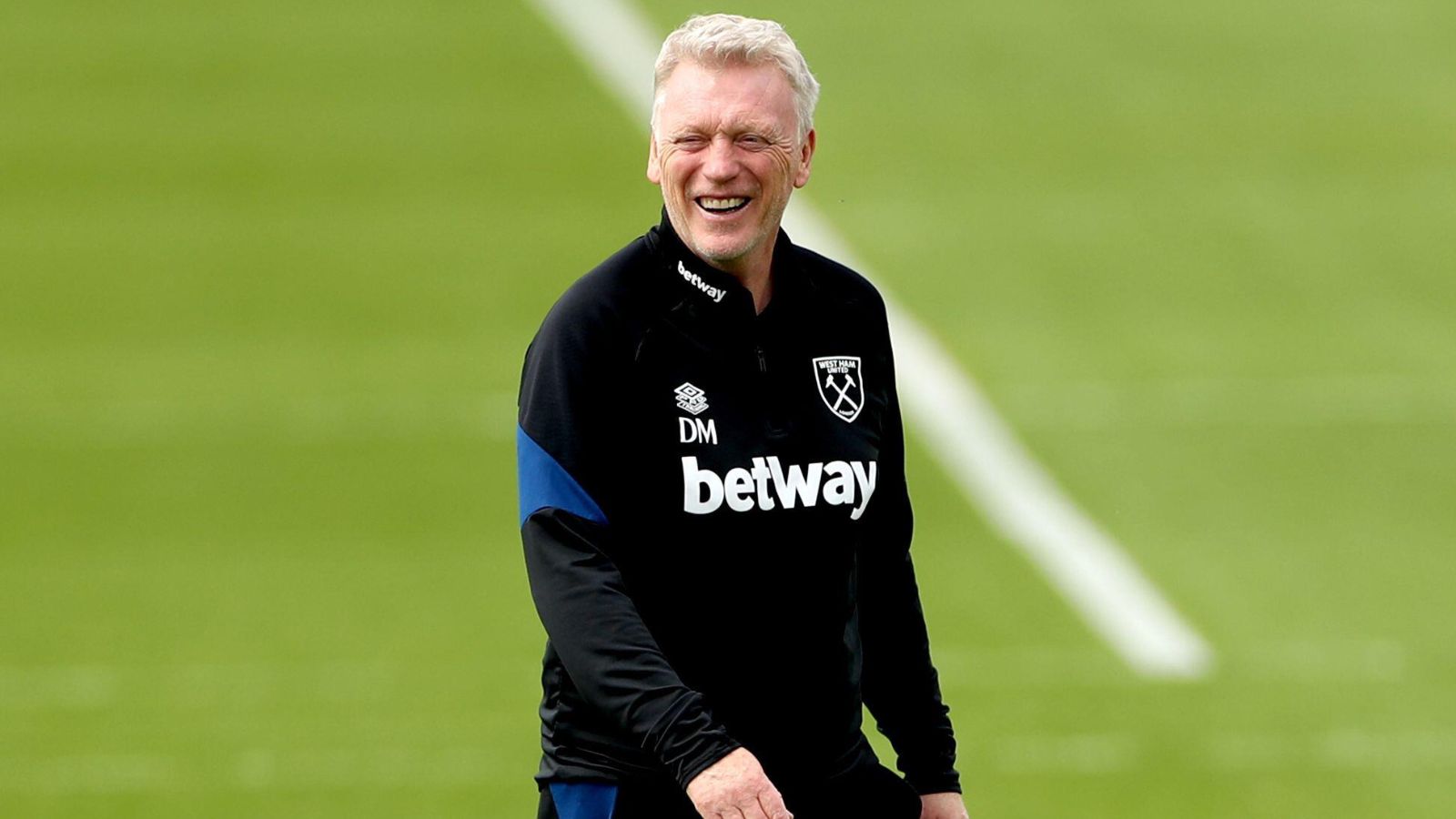 West Ham United manager David Moyes is hoping that it is finally “his turn” to win a trophy as his Hammers side look to reach the Europa League final.

The Hammers are 2-1 down on aggregate heading into Thursday night’s away leg of their Europa League semi-final against Eintracht Frankfurt.

West Ham topped a difficult group before knocking out Sevilla and Lyon to reach this stage of the competition.

A managerial career that began with Preston 24 years ago is now hitting the heights, and beyond, of Moyes’ successful spell with Everton, and the Scot wants to cap it with a major European trophy – West Ham’s first in 57 years.

Yet on the eve of arguably the biggest match of his career, Moyes said: “You know as a manager there are other big things, like to win a game at Preston North End to get to a play-off final.

“There are lots of games throughout your career, so when you get to a big one you think ‘it’s big’. But there’s lots of big games, lots of ups and downs.

“It’s hard to be a winner all the time because everyone is fighting for that prize. But when you get this close you are thinking ‘is this my turn, my chance?’ I hope this is my turn.

“My dad’s coming tomorrow, and I hope my son takes me to matches when I’m 86. My brother’s bringing my dad and it’s great he can see us at this stage. I hope we give him a night to remember.

“If he saw us win tomorrow it would be special, and even better if it was the final. He wants it to be and so do I.

The turnaround at West Ham from relegation battlers to European challengers has been mirrored by the rise of forward Jarrod Bowen.

Nicknamed ‘Arjen Bowen’ by West Ham fans, the 25-year-old has gone from playing in the Championship with Hull two years ago to the verge of an England call-up.

“It’s about taking each year as it comes,” said Bowen. “It’s been a strange one from eight years ago, when I first played for Hereford, and now a Europa League semi-final.

“I wouldn’t have thought it was going to go this way but I’m very grateful.”

West Ham can welcome back Craig Dawson from suspension while fellow defenders Issa Diop and Ben Johnson are fit.

Frankfurt boss Oliver Glasner insists his side will not attempt to sit on their slender lead as they bid to book a date with either fellow Bundesliga outfit RB Leipzig or Rangers.

“We expect an opponent who will try everything to get into the final,” he said.

“But our approach is clear. We play for victory with our fans behind us from the very first second, and we want to challenge the opposing defence.

“Our route is to go forward and keep the opponent permanently occupied. We need an even better performance than in the first leg.”