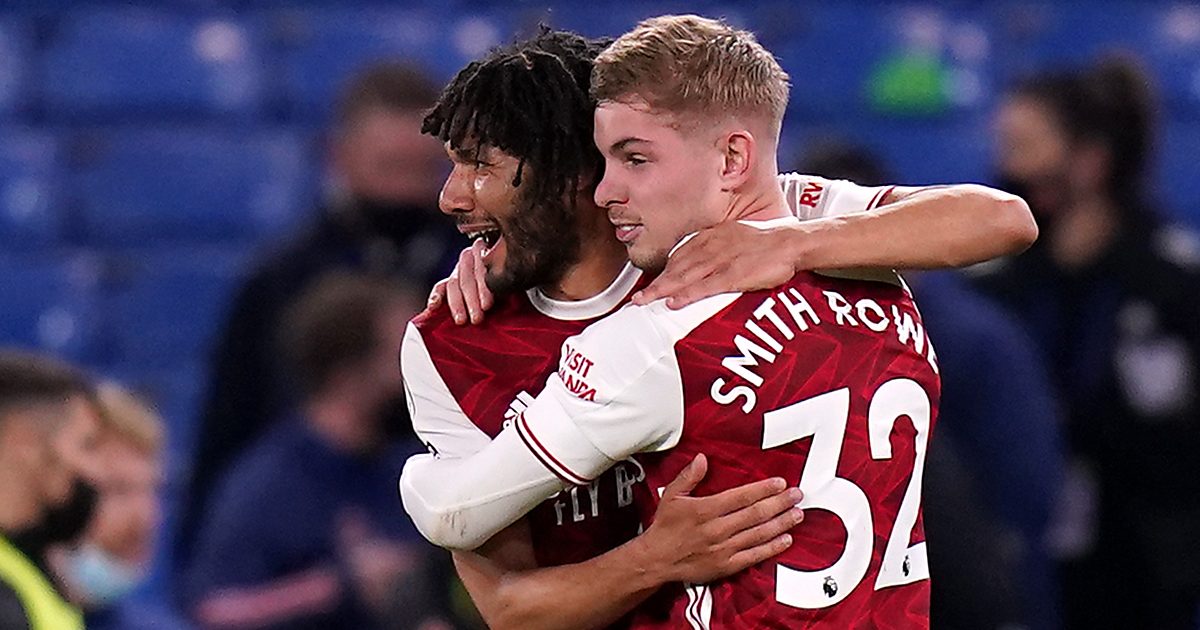 Arsenal have turned down Aston Villa’s £25m approach for Emile Smith Rowe as they have “no interest” in selling him, according to reports.

Smith Rowe established himself as a regular for Arsenal this season. It was a disappointing term for them as they ended up finishing eighth in the Premier League.

The Panini XI: In the sticker album, but not at the Euros

The Englishman was one of their most impressive players as he got seven goals and seven assists from his 37 outings across all competitions.

The Athletic have reported that Arsenal have rejected a £25m bid from Aston Villa for Smith Rowe. This comes after Villa beat the Gunners to the signing of Emiliano Buendia from Norwich City.

Arsenal have “no intention of selling” the attacker. His current contract expires in 2023 but the North London outfit are in the process of negotiating a new deal.

“For me, Neves is not the type of player Arsenal need and I think Arsenal fans would agree. Any Arsenal fan I speak to or see is devastated that Buendia chose Villa.

“They’d rather the money spent on an attacking threat. They need to maybe bring in somebody stronger to play alongside Partey in midfield.

“Neves is not the sort of player they need.”

This came after Kevin Campbell described Neves as a potentially “brilliant” signing:

“What a player he is. This is the crazy thing, he was never on my radar because as far as I am concerned Wolves would never sell him.

“Neves is a brilliant midfielder at a good age. He can hit them from outside the box as well. That is a rare talent. He is a fine player and at 24 he still has time to develop.

“There will be some big change at Wolves this summer and if Arsenal can sneak in a deal for Neves that would be great. I think £40million is a great price for him to be honest.”