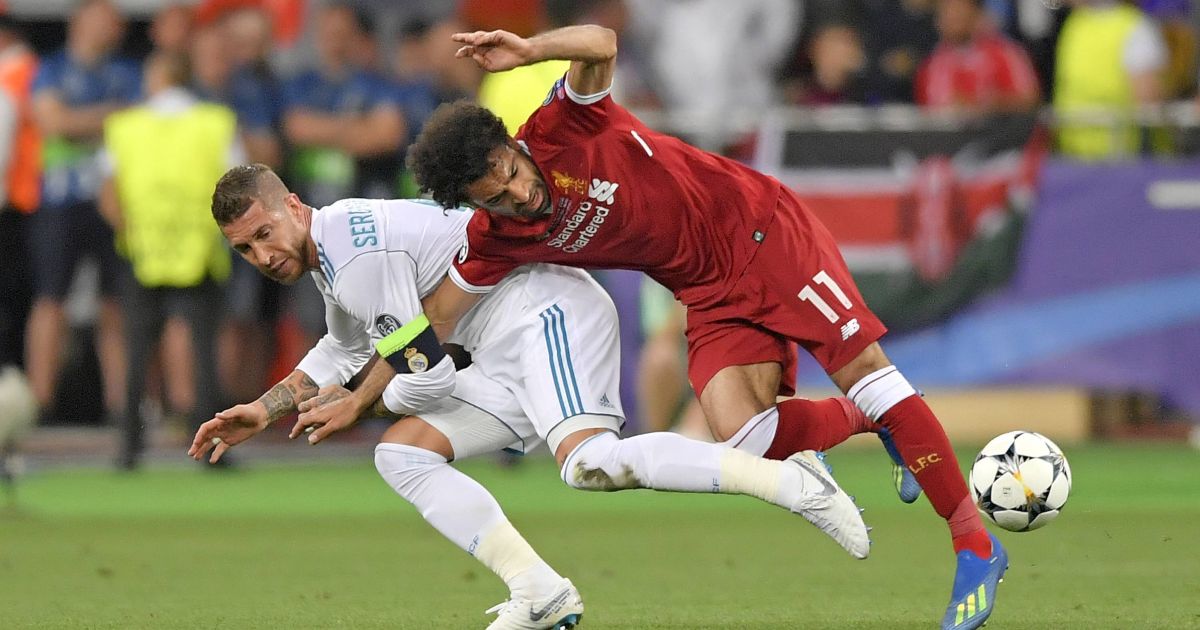 Liverpool star Mo Salah says he has a “special motivation” to play well against Real Madrid  after the last time he came up against Sergio Ramos.

The Real Madrid defender became public enemy number one among many Liverpool supporters after his tussle with Salah forced the forward off with a shoulder injury in the 2018 Champions League final.

Ramos went on to lift the trophy for a third successive year as Madrid ran out 3-1 winners but found himself accused of setting out to deliberately injure the Reds’ key man.

MEDIAWATCH: When Harry Kane gets advice from Stan Collymore…

The Spaniard wished Salah all the best in the aftermath of the incident but has never accepted the notion that he deliberately injured the Liverpool forward.

And Salah says that controversy is behind them but does admit it gives him a bit of “special motivation” to do well.

“That game is in the past, so I don’t think about [what happened with Ramos],” Salah told Marca. “I’m thinking about the team. Everyone is focused on their team and everyone wants to win… that’s it.

“Let’s just say that I have special motivation to win the tie and go through to the semi-finals. What’s going to happen now isn’t going to change the result of the final in Kyiv. That’s in the past.

“I think we’re both strong. Both teams have won their last two games in the Champions League. Both teams are prepared. It’s a special competition and both teams are doing well in it.”

Speaking shortly after the Champions League final in 2018, Salah claimed he never told the Real Madrid man “it was okay”.

“Now I’m better. I hope to play the first game against Uruguay, but that will depend on how I feel when it approaches. It was the worst moment of my career.

“When I fell to the ground, I had a mixture of physical pain and a lot of worry. Also anger and sadness for not being able to continue playing the Champions League final. Moments later, I also thought about the possibility of not playing in the World Cup and that was a devastating thought.

“Did Sergio Ramos call me? Yes, he sent me a message, but I never told him it was okay. My comment is that it’s always okay when the one who made you cry first, then makes you laugh.

“Maybe he could also tell me if I’m going to be ready for the World Cup?”