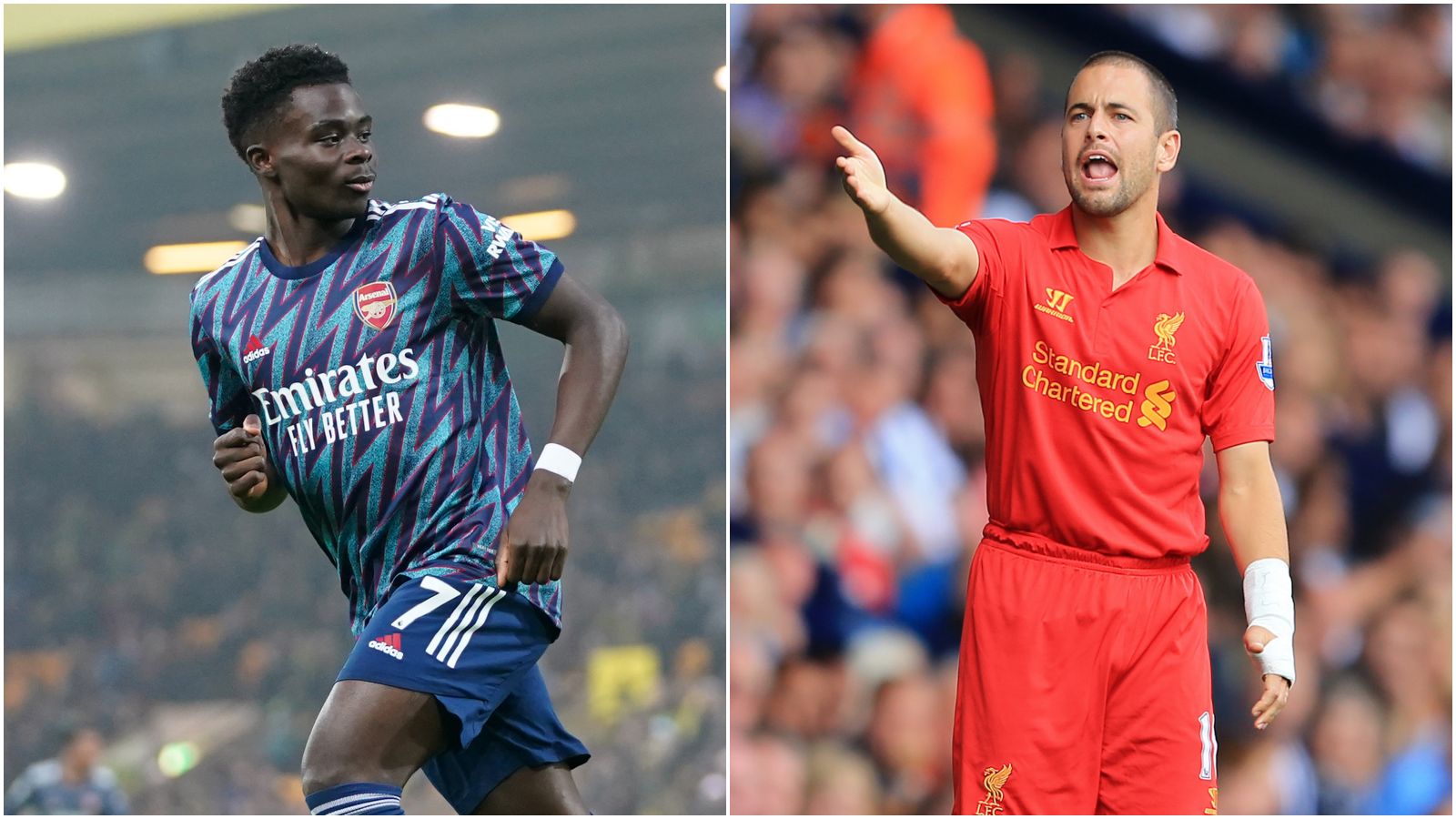 The idea of an anti-Arsenal agenda has been debunked, while there is absolute consensus on the worst free transfer in Liverpool history.

– the assertion that Arsenal fans aren’t claiming there is an agenda, just systemic bias from all officials (whether conscious or unconscious)… erm, thats like saying “there’s not an agenda, just a list of discussion topics that we’re going to cover off in this meeting…”

– can’t pretend to have seen all of the incidents you cited as clear proof of foul play against Arsenal but the one I have seen – the Ben Godfrey “Stamp” simply isn’t as clear cut as you’re pretending it was. I can easily see that that was just an unfortunate coming together at speed. Not every conclusion they reach on Arsenal fan TV is a stonewall fact – they aren’t attempting neutral reporting.

– the Martinelli decision was 100% correct. You give the example of seeing persistent attempts at the professional foul only getting one yellow and that’s true, but it’s normally against one person/one incident. Martinelli cynically push one player (clear yellow) and then sprinted half the length of the pitch to cynically foul another (clear yellow) in a separate incident – no bias there. There’s no rule that says if advantage was played after one yellow card worthy foul you have a free pass to do a job on another player before the whistle.

– that red cards per yellow card statistic is nonsense. What is it supposed to mean? Arsenal only have 3 reds this season and Liverpool have 1

– those are sample sizes so small that there is no possible way to use them to evidence a statistical pattern.

– yes – it seems perfectly plausible that Xhaka deserved 6 bookings for 11 fouls in 13 games. Again, aside from that being far too small a sample to draw any statistical conclusion on bias, it’s Xhaka – he almost certainly deserved them (ok – I admit to my own bias here…).

Seriously, there is no anti-Arsenal plot (conscious or unconcious) and stop picking random small samples and inventing “evidence” – it makes you look like that guy from A Beautiful Mind…
Andy (MUFC)

To those Arsenal fans harping on about the agenda against their club, just imagine how you’ll feel if the re-arranged NLD ends up as a last game of the season Champions League decider and the night before the majority of your first team squad are struck down with a mystery illness. At this point your club quite reasonably try to get the game postponed only to be told by the Chairman of The Premier League that ‘for the integrity of the League’ the fixture must take place. Oh and by the way, he makes this statement whilst enjoying the World Class Hospitality at The Tottenham Hotspur Stadium.

That really would be a turn up for the books.

Saka sh*te
I’m a bit late to the party on this one.

My enlightening comment on Stevie G’s “grrrrr look at me, I’m so hard because I have 16 screws”, and the general backlash against Arsenals perceived moaning about lack of protection for Saka. Let’s just wait for the comments in the build up to the 2026 World Cup when one of England’s most prodigious talents (and not some soft Johnny Foreigner who doesn’t like it up ‘em) in a generation is banjaxed due to his ankles and knees being knackered from 4 years of getting booted from pillar to post. I wonder if we’ll then be bemoaning the lack of “protection” from referees?
Hans – Irish Gooner in Cape Town

Myth of Messi
I always wondered how Messi would go in another country. Specifically the premier League but really anywhere would be interesting.

To see him move to psg wasn’t a surprise given nobody else was stupid enough to pay the greed that Messi was looking for (more on this soon).

What is surprising however is how poor he’s done in a league which is supposedly weaker. Perhaps ibra was right when he said Messi needs a team built around him.

What I really wanna discuss though is the myth of Messi the Barca saviour. Like when he heroically offered to take a paycut but was prevented by Spanish employment law to not be able to take less…this isn’t true.

Firstly, Messi was out of contract. He wasn’t technically employed by anyone and he could have signed a new contract for £1 a year if he really wanted to save Barca. He didn’t.

Secondly, Gerard pique then did exactly what Messi claimed he was prevented from doing and took a 50% pay cut to help Barca out, and that’s despite still being under contract.

The truth is Messi didn’t want to take a paycut and knew that Barca couldn’t afford him so he went to psg who could. This also worked in Barca favour because they got a massive salary off their books while simultaneously being able to say there was nothing they could do about it.

Messi is a great football player. But let’s not paint him as a player who loves Barca more than himself. He absolutely could have stayed on less money, he chose not to because those zeroes in his bank must increase. Sad part is had he taken the pay cut, stayed in Barca not only would he not have looked like such a sad figure getting booed by his own fans for playing so badly every week, he would actually have retired as the hero that sacrificed his own interests to save Barca’s.
Lee

Worst freebies
The admin fella asked a good question: who was your team’s worst ever free signing. Well as a Liverpool fan we’ve been treated to some brilliant free signings over the years with the likes of James Milner, Gary McCallister and Joel Matip being worth way more than their collective weight in gold and pushing the club to win trophies.

Then there have been some shockers, Phillips Degen, Androy Voronin, Milan Jovanovic to name a few but none of them for me were as bad as the old Chelsea boy himself Joe Cole. The worst free signing in our history. Sent off on his debut then just jogged abar abi’ for the remainder of his contract which was astronomical and proved too hard to shift. I liked Joe and really wanted him to be our next Gary Mac, that turned out to be the greatest free signing ever, sir James Milner.
MickT (Honourable mention to the German defensive machine Marcus Babbel, before his Guilleme Barre syndrome he was the best defender at the club) Liverpool

Two of the worst free agent signings in recent memory (past 15 years) were Milan Jovanovic and Joe Cole for Liverpool.

Milan was bad enough. He came in being this world beater Rafa had secured, and i thought we were lucky because Rafa didnt have a dime/ penny to spend. He was awful, on $100-130k/ wk in 2008-2009. Considering James Milly got $150k/wk in 2015 … Milan was costing us the equivalent of Trevor Cahill in transfer fees ($7mil) every year. Yikes.

But the worst was Joe Cole. Gerro our hero (rhymes) said Cole could give Messi a run for his money. But apart from a goal and red card aside, we spent the rest of his contract trying to loan him out. As skint as we were (around the time we were almost bankrupted and in receivership before FSG took over), we were even loaning him out whilst covering half or more of his wages.

(Gerro had also declared Roy Hodgson as one of the best bosses he’s ever had. Yikes).
Gab ynwa

Great question from the admin.

I’m sure loads will mention him, so I’d like to add to the pile too. Joe Cole for Liverpool.
Culk The Younger

Tedious and slabhead
I apologise in advance as I myself always scroll through any refereeing mail.

So I am hoping that the premier league refs and vars are all going to study hard over their holiday to try and improve.

Learning from oversees and perhaps starting a dialogue on how to incorporate the positives in rugby union reffing into association football .

The standards are clearly not good enough and that needs to change .

Having a countdown clock that the ref stops via his microphone is also a no brainer that ought to have been installed 30 years ago . So get on with it !

Finally a bit of football .

I for one reckon Maguire shouldn’t play based on his utter dross form for club .

There are others at Arsenal , Palace , in Italy and Joe Gomez who need to play alongside Stones .
Peter ( effing reffing still horrendously biased towards the big 2 in La Liga ) Andalucia.

Best celebrations
Goal celebrations are a classic part of football from every era going and can cement an image in your mind about a player forever, from the Alan Shearer one arm raise to Robbie Keane’s somersault, Graham Simons’ asked about our favourite celebrations of all time and there are just so many to choose from, so here are a few of my own:

Facundo Sava vs Anyone – He may not have scored many for Fulham in his 4 year spell at Craven Cottage but whenever he did that black and white mask he tucked down his sock would be out and the mask of Zoro celebration was born.

Emmanuel Adebayor v Arsenal (2009) – He ran the whole pitch to celebrate in front of his former club’s fans, shithousery at its finest.

FC Stjarnan – All of them, honestly if you get the chance check them out on YouTube, this Icelandic team play in a stadium of just under 1300 yet each celebration is like a mini movie, from the Human Toilet to the Fishing celebration amazing stuff!.

Marcus Bent vs Rushden & Diamonds – Not a celebration as such but still hilarious, Bent has just scored the winning penalty and is running to the dugout to celebrate with his team, one of the Sheffield United players dives to jump on him, misses, lands on floor, its better to see than describe.

KS Cracovia – Known as “The Car Drive Celebration”, still mad to watch, the whole team get in a car and drive it onto the pitch, no for real i highly suggest you check it out
The Admin @ At The Bridge Pod

Bring on the Moyes
If Frank Lampard is looking for some bollocks to supplement his players’ lack of testicular fortitude then might I steer him in the direction of your ranking of the 32 PL managers.