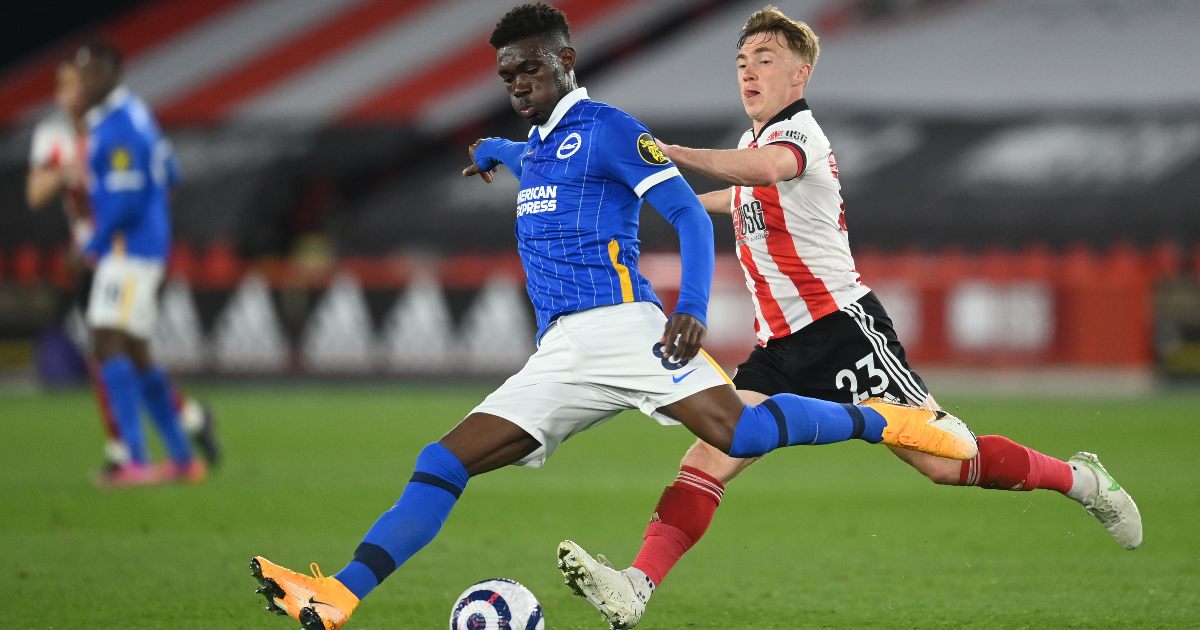 Arsenal are in pole position in the race to secure the signature of Brighton midfielder Yves Bissouma, according to reports.

Bissouma, 24, has caught the eye of a number of leading Premier League clubs following a fine season for the Seagulls.

He still has two years left on his contract but the likes of Everton, West Ham and Tottenham have already made enquiries, eager to get the deal done sooner rather later. Any potential transfer fee is likely to be in the region of just £30million, with the financial impact of Covid-19 depressing a figure that would otherwise have been much higher

According to the Daily Star, however, Bissouma is most likely to join Arsenal, where manager Mikel Arteta is a huge admirer.

The Spaniard feels Bissouma’s attributes would dovetail nicely with those of Thomas Partey, who joined the club last summer from Atletico Madrid. He recognises this summer is going to be “crucial” in bridging the gap between them and the top four.

Speaking to Sky Sports, Arteta said: “I’ve been really encouraged [by Arsenal’s transfer plans]. I feel really positive about what we are going to do.

Arsenal travel to Newcastle United today with the faint hope of achieving Europa League football for next season. One eye, however, will no doubt be on Thursday’s Europa League second leg tie against Villarreal, where the Gunners will be tasked with overturning a one-goal deficit following their 2-1 defeat in Spain last week.

“The Premier League is the competition where it is not in our hands to achieve what we wanted to do, because there are other teams in front of us,” Arteta told the Chronicle Live.