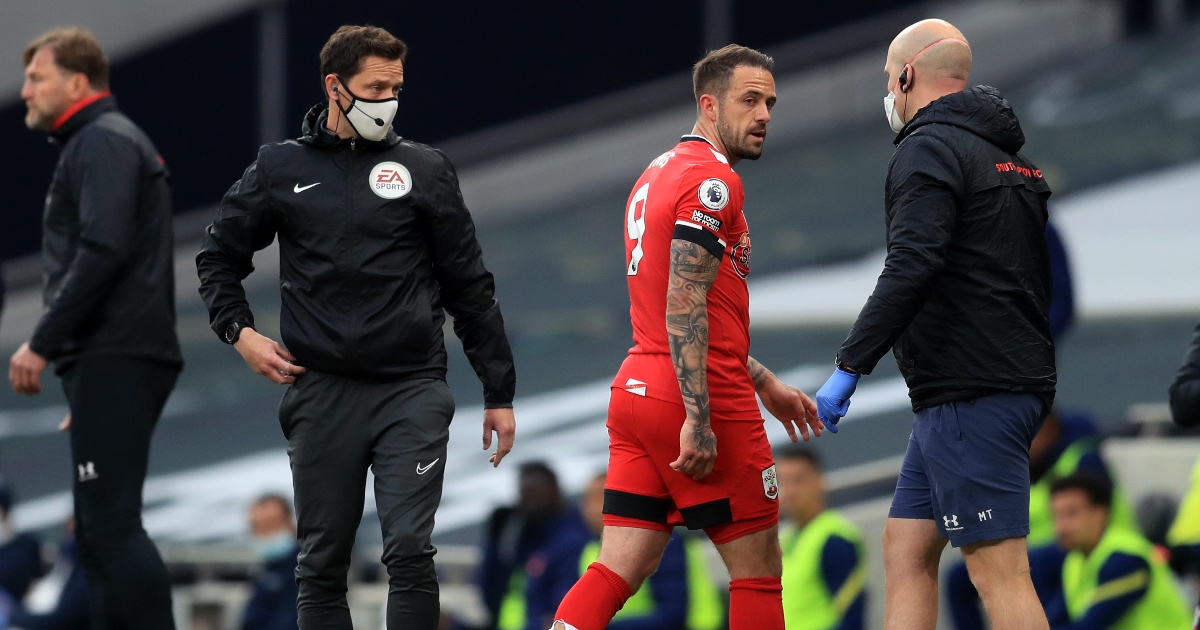 Ralph Hasenhuttl has suggested that striker Danny Ings may miss the rest of the season for Southampton.

The Saints’ top scorer was forced off with a hamstring problem in last week’s 2-1 defeat to Spurs, after claiming his 10th Premier League goal of the campaign.

The 28-year-old has not yet returned to training and will definitely miss the clash against Leicester on Friday night.

Speaking about Ings, Hasenhuttl said: “It is not that (much) worse than it looked at first but it’s also that serious that he misses now a few games. I don’t know if he comes back for the last games.

“We have Liverpool (on May 8) and then five games in two weeks so we need every player.”

Ings has joined team-mates Ryan Bertrand, Oriol Romeu and Will Smallbone in the Saints’ treatment room. Bertrand’s contract is up in June and Ings continues to be linked with Manchester City, so Hasenhuttl was asked if they were being left out for contractual reasons.

He replied: “It was definitely an injury and with Bertrand it is the same problem; he cannot train since two weeks because he has a calf problem. That’s it. What can I tell you?”

Ings’ injury means he is a doubt for this summer’s European Championship, which starts in just six weeks.

The striker scored for England in a 3-0 win over Wales in October – his last appearance for the Three Lions.

He missed the March international break due to a leg problem. In his absence, Dominic Calvert-Lewin and Ollie Watkins impressed, casting Ings’ selection into doubt.

He will also have to compete with talisman Harry Kane and Manchester United’s Marcus Rashford for a place in the squad.

A swift return from injury, and a similarly quick return to his best form, would see Ings force his way into Gareth Southgate’s plans.

England boss Southgate will benefit from the increased 26-man squad at the Euros. UEFA have allowed three extra players to be selected due to the hectic campaign.

That might see Liverpool’s Trent Alexander-Arnold return to the fold.