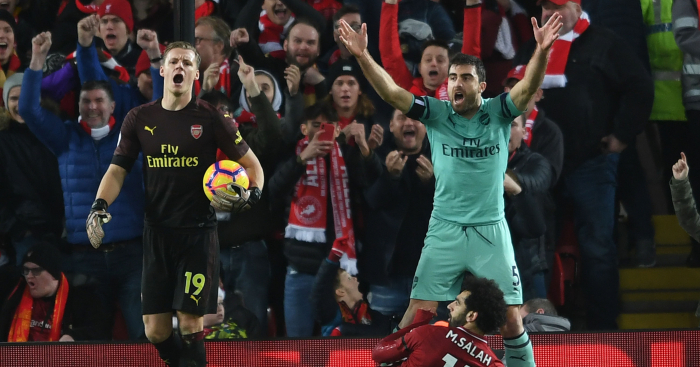 Salah has come under scrutiny this season after being involved in a number of incidents of apparent play-acting.

Former Premier League referee Mark Halsey said the forward should have been banned for diving against Newcastle in December, while the Egyptian was also criticised after winning a penalty against Arsenal that same month.

After winning and scoring the decisive penalty in Saturday’s vital 1-0 win over Brighton, Salah was again the centre of debate.

But Robertson has defended his teammate against such “desperation”.

“Every time it happens, we go back, everyone looks at the video, and you go, ‘well, it’s not a dive’,” Robertson told the Daily Telegraph.

“He is not that sort of player, so how many times is it going to happen? I was at the edge of the box and it was a stonewaller.

“If people are starting to say Mo has gone down easily, it’s not fair. The one against Arsenal, especially, he got clipped three times.

“They still appealed. It’s a bit of desperation.”