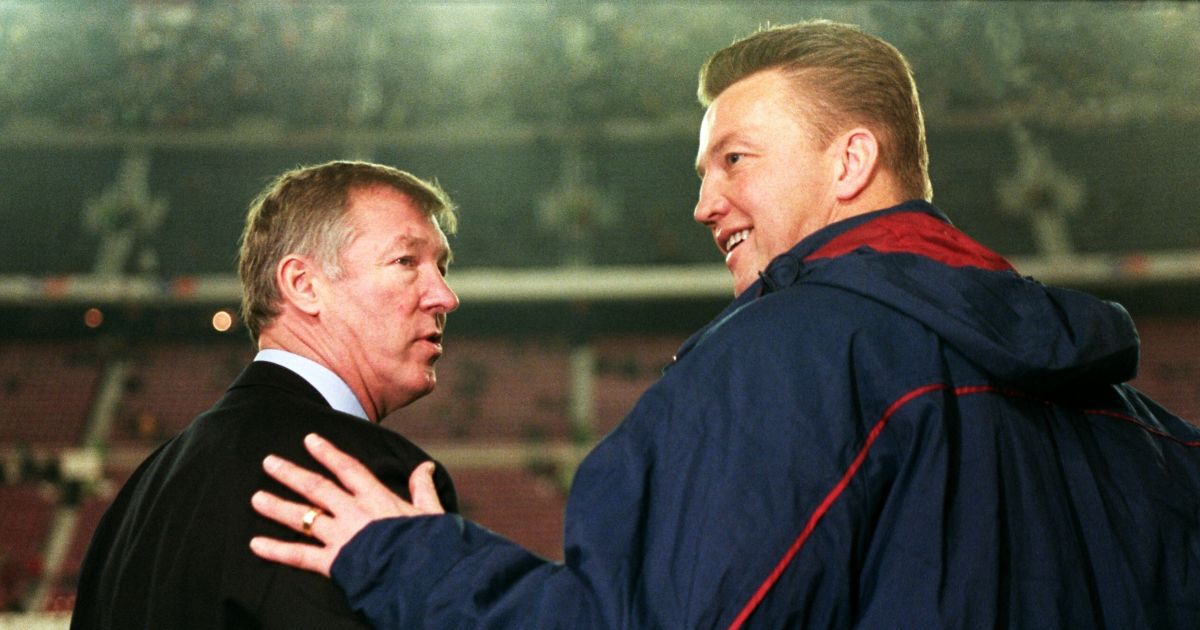 10) Liverpool 2004/05
“We’ve avoided the very biggest but that doesn’t mean we’ve avoided the best – last year it was some of the smaller teams that did very well,” said Rick Parry, Liverpool chief executive, not Rick Parry, EFL chairman and perennial artist of Project Big Picture. The Reds had been drawn in a Champions League group with the most recent runners-up and a semi-finalist of the previous year’s tournament upon their return after a season’s hiatus. Neither Monaco nor Deportivo La Coruna were at the height of their powers but they, along with a tough Olympiakos side, provided a treacherous route to the knock-out stages.

Having navigated that path courtesy of a last-minute detour at Anfield, Rafael Benitez found himself pitted against a Bayer Leverkusen side that had topped Real Madrid’s group, a Juventus team that strolled to the Serie A title and Chelsea at their strongest under Jose Mourinho. Liverpool conceded as many goals in their two-legged qualifier against AK Graz as they did in 360 minutes against the Italian and English champions.

9) Bayer Leverkusen 2001/02
The ultimate ‘nearly season’ had no right to even come close to fruition. Bayer Leverkusen finished a point behind Bundesliga winners Borussia Dortmund and lost 4-2 in the DFB-Pokal final to Schalke, yet Klaus Toppmoller almost had his crowning moment in Europe against all odds. A club that had reached the European Cup knockouts once in its entire history emerged from a first group containing Barcelona, Lyon and Fenerbahce, then a second involving Deportivo, Arsenal and Juventus for the reward of a quarter-final against Premier League runners-up Liverpool, who had gone 12 games unbeaten by the time they met in one of the best two-legged ties ever.

With the top two teams in England vanquished, Manchester United were sent to stop Michael Ballack and his cohorts to no avail. The Germans advanced to the final on away goals but fell short one last time at Hampden Park against Real Madrid. “The disappointment is huge – you don’t always get the rewards you deserve in football, and no-one knows that better than us after what we have been through,” said Toppmoller after being violently pulled back from the brink of history.

8) Tottenham 2018/19
Six former European champions and Manchester City: those were the odds stacked against Tottenham from the start of their remarkable journey to the 2019 Champions League final. It is little wonder a drained Mauricio Pochettino publicly pondered his future at the club after such ludicrous turbulence.

Tottenham were dealt a difficult hand and initially played it woefully, taking a single point from their opening three group games against Inter Milan, Barcelona and PSV. But two home wins and a draw in the Nou Camp took them through on head-to-head away goals, which would prove to be a fitting method.

Dortmund were beaten handily in the round of 16 but Manchester City were fumbled out in the quarter-finals before they secured a domestic Treble, while Ajax had scored 119 Eredivisie goals that season yet had no response to Lucas Moura in Amsterdam. Neither had an answer for Pochettino and his sizeable, tear-drenched cojones. 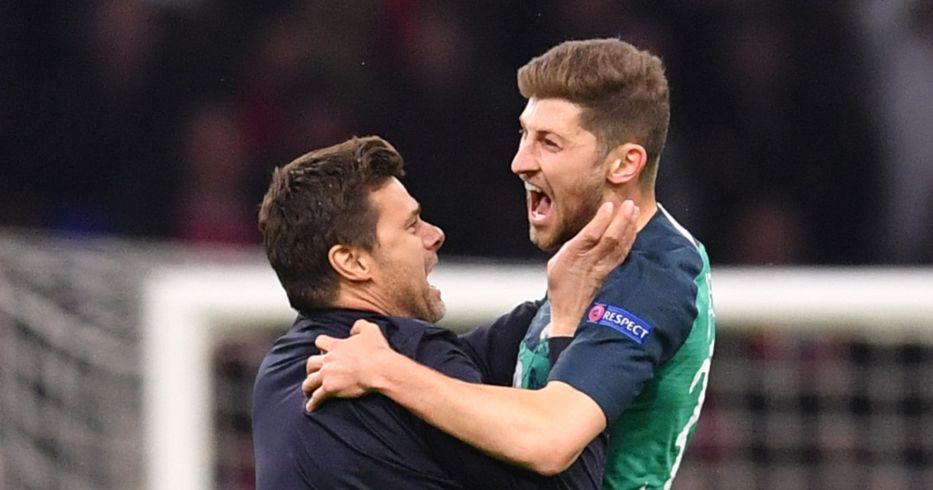 7) Barcelona 2014/15
“All 32 teams have equal chances of winning,” sporting director Andoni Zubizarreta claimed after seeing Barcelona drawn against APOEL Nicosia in the 2014/15 Champions League. PSG and Ajax rounded off the quartet in Group F to raise the standard somewhat.

Barca won five games and lost one – at the Parc des Princes – to proceed and face Manchester City. After dispatching them it was two more games and victories against PSG, followed by a classic semi-final with Bayern Munich. The reigning Premier League, Ligue Un and Bundesliga champions, all defeated by a side that would beat Juventus in the final to secure a hard-fought Treble.

6) AC Milan 2002/03
It concluded with the single worst European Cup final in history, but AC Milan’s journey to Old Trafford in 2003 was far more intriguing than the destination. They topped a pair of groups ahead of first Deportivo, Lens and Bayern Munich, then Real Madrid, Borussia Dortmund and Lokomotiv Moscow, with four victories and two defeats on both occasions. Then they won one of five knockout games en route to glory.

Carlo Ancelotti beat Ajax 3-2 at the San Siro after a goalless quarter-final first leg. Two tense draws with Inter Milan put them through the semi-final on away goals despite both games being played at their home stadium. Then it required penalties to overcome Juventus and lift the trophy for the first time in almost a decade. They had bloody well earned it; the fans who had to watch it all even more so.

5) Real Madrid 1999/2000
The accepted wisdom is that Real Madrid have received favourable European Cup draws down the years. Perhaps UEFA simply had a change of heart at the turn of the millennium because Los Blancos were certainly made to work for La Octava under the combined guidance of John Toshack and Vicente Del Bosque. They even played Porto twice and restricted Mario Jardel, who scored 56 times in all competitions that season, to a relatively measly three goals.

After winning that group and scraping through a second such stage against Bayern Munich and a Dynamo Kyiv still eminently dangerous without Andriy Shevchenko, Real faced both the previous season’s finalists in the quarter and semi-finals. Manchester United had their defence of the trophy left in tatters by Fernando Redondo; Bayern were broken by Nicolas Anelka. Real finished fifth in La Liga but reigned Europe supreme once more. 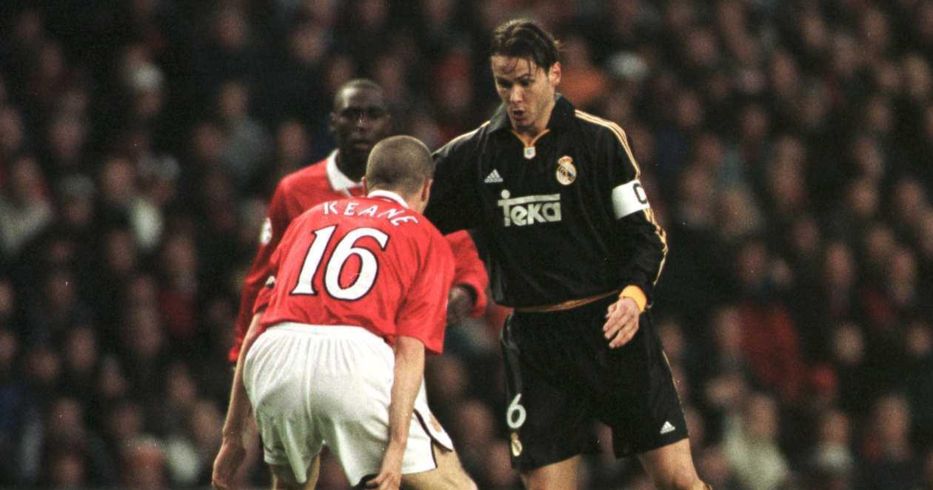 4) Liverpool 2018/19
Four defeats in any Champions League campaign is likely to impinge on any realistic hopes of winning the tournament. Yet Liverpool were beaten in Naples, Belgrade, Paris and Barcelona during their quest to reach a second successive final in 2019 and exorcise those Loris Karius-shaped demons.

PSG, Napoli and Red Star was a formidable group in which Liverpool gave as good as they got. Bayern Munich were thought to be a potential step above at the time before being thoroughly exposed at the Allianz Arena. Then for every bit as vincible as Porto were in the quarter-finals, Barcelona with Lionel Messi in his final season of truly elite, divine goalscoring was quite the semi-final obstacle. It is still astonishing that they managed it. By the time they faced a knackered and out-of-form Tottenham in the final, Liverpool had already learned enough from their previous opponents to control the game and grip the trophy again.

3) Manchester United 1998/99
This is the one, the benchmark, the standard against which every run before or since is judged. Brondby are the glaringly odd one out, the court jesters in comparison to the veritable deluge of European royalty Manchester United dethroned in the 1998/99 season.

It was an undeniably fiendish course. Spanish champions Barcelona would regain that crown by the end of the season, while Bayern Munich were dominant to a familiarly silly extent in the Bundesliga. Once Alex Ferguson made his way through that group with twice as many draws (four) as wins (two), it was Inter Milan and Juventus that obscured the passage to the final. The former was blessed with Javier Zanetti, Roberto Baggio, Diego Simeone and a half-fit Ronaldo; the latter boasted Edgar Davids, Antonio Conte, Filippo Inzaghi and Zinedine Zidane. Yet they finished 8th and 7th in Serie A respectively that campaign. Roy Keane had to inspire Manchester United against a team that qualified for the Intertoto Cup after losing in a play-off to Udinese. Embarrassing.

2) Real Madrid 2017/18
It will forever be the case that Real Madrid beat Liverpool in the 2018 Champions League final by the same scoreline they lost to Tottenham in the group stages. Wembley was treated to a 3-1 home win in November. Kiev and Jurgen Klopp experienced the Spanish side at their devastating worst come May.

Dortmund had joined Real and Spurs in a competitive group stage, the winner of which faced Juventus to add to the history of Tottenham. Zinedine Zidane and Cristiano Ronaldo took the Old Lady out in the quarter-finals, but not before PSG were pummelled in the last 16. Bayern Munich completed the set of league champions that Real disposed of in a fearsome knockout run that would make Atalanta, Liverpool and Chelsea look like Sunday League assignments.

1) Valencia 1999/2000
Bayern won the Bundesliga and were the previous season’s Champions League runners-up. Rangers strolled to the Scottish Premier League title by 21 points. PSV claimed the Eredivisie by 16 points. European champions Manchester United lifted the Premier League with an advantage of 18 points. Fiorentina had no title but Gabriel Batistuta was as good as one. Bordeaux entered the competition as French champions, although their reign was almost over by that point. Lazio beat Juventus to the Serie A title. And to top it all off, Barcelona finished above Valencia in La Liga.

Los Che traversed 16 games and did not face a single gimme in either group stage, the quarter-final or semi-final yet still reached the 2000 Champions League final in their first European Cup campaign since reaching the second round in 1972. They stuck five past a Lazio side with the second best defensive record in Italy, and scored four times against a Barcelona team that did not concede more than three against any other team all season. What a run. What a team. 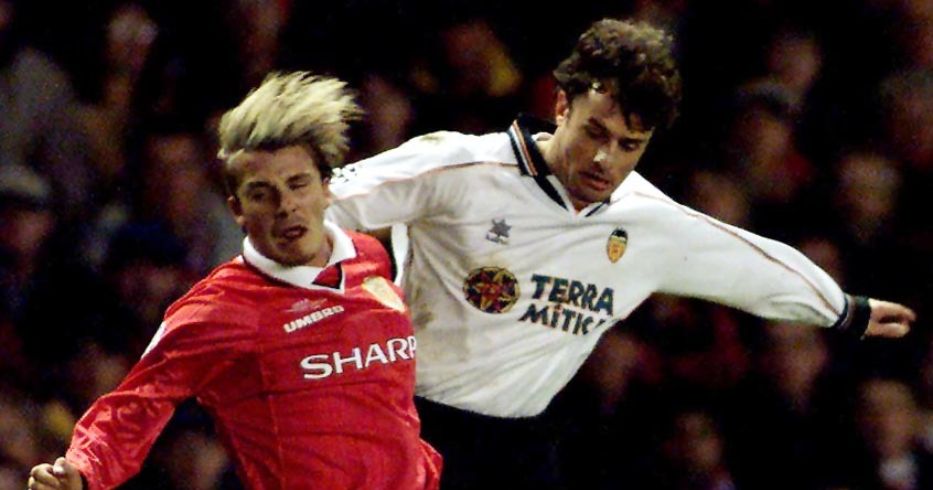