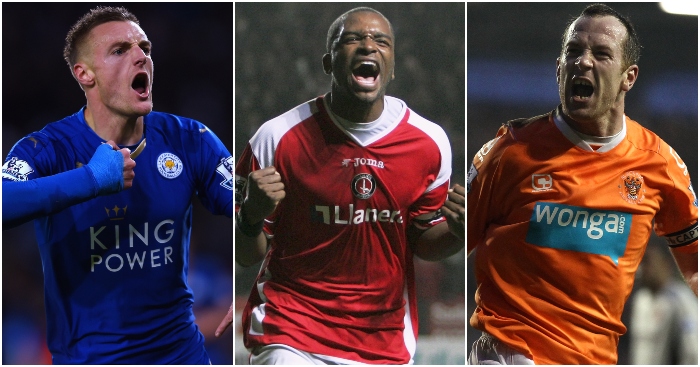 Just for fun, we take a look at the tables from this juncture five, ten, 15 and 20 years ago. Because who doesn’t like looking back and remembering a time when Ipswich Town were pushing for the Champions League? Thanks to the excellent www.11v11.com for the tables. 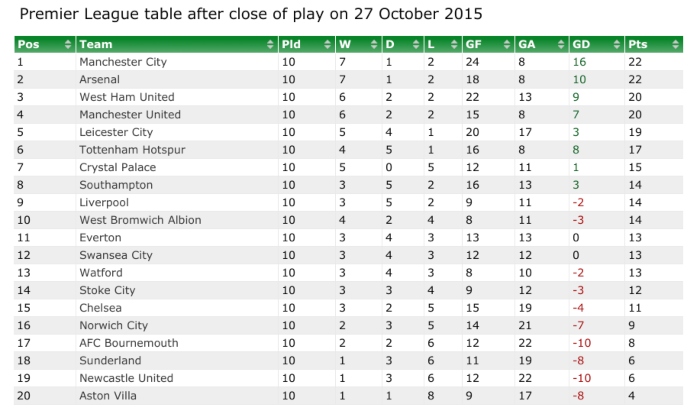 Liverpool were eighth barely a fortnight after Jurgen Klopp had pledged ‘to turn doubters into believers‘. Two games into his reign, draws with Spurs and Southampton, it looked ‘the Normal One’ had a job on. Klopp used the remained 28 games to take Liverpool from ninth all the way to eighth.

Of course, the story of the season was bubbling down in fifth place. Absolutely no one saw what was coming from Leicester while they sat three points off Manuel Pellegrini’s City, with Jamie Vardy* still on the Skittles vodka and seven games into his 11-game scoring streak.

Everyone was too busy p*ssing themselves at Chelsea to worry about Leicester. The champions were imploding and though it looked bad while they sat in 15th, it got worse for Jose Mourinho, who was sacked when they slipped another place.

READ MORE: Not everybody loves Jamie Vardy… but they bloody should 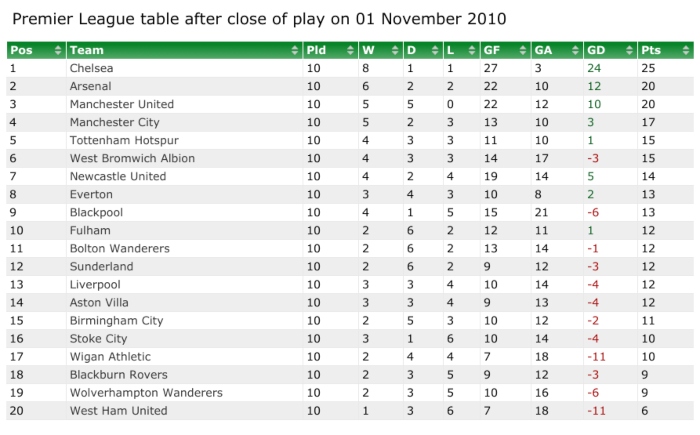 At this point a decade ago, Blackpool were thinking ‘this Premier League lark is a piece of p*ss’ while Charlie Adam was embarking upon a 19-stadium tour with his Paul Scholes tribute act. They remained in the top half even another 10 games later before dropping like a rock back into the Championship.

Manchester United finished the season with their record-breaking 19th title but there seemed little prospect of their nine-point margin of victory while they languished five points off Chelsea having drawn half of their opening games. United were the only unbeaten side, though, and they remained so until February.

West Ham propped up the table and though they flirted with life outside the bottom three for three matchdays, they finished rock-bottom, seven points from safety, with Avram Grant looking as confused as the rest of us how he had been allowed to remain in a job. 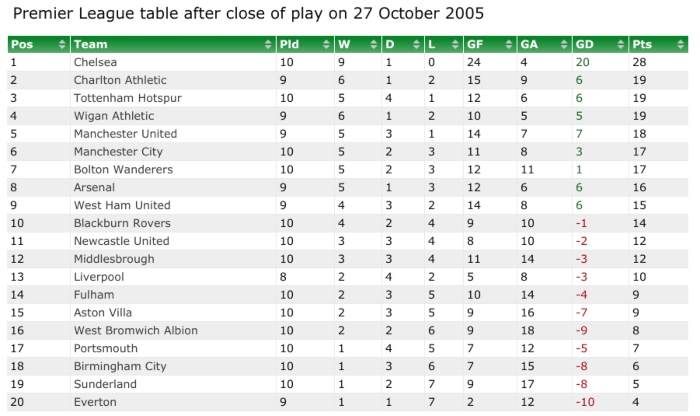 If you were to squint hard enough, you might have just seen Jose Mourinho’s Chelsea disappearing off over the horizon on their way to a 12-point title triumph. Their next closest challengers at that point were obviously Spurs… *checks notes*… Charlton and Wigan.

Charlton plummeted to 13th come the season’s end, while Wigan at least remained in the top half, one place above Everton. David Moyes’ men had a shocker of a start, wasting their previous season’s work by going out of the Champions League before even the group stages while losing seven of their opening eight matches.

Everton at least offered Liverpool some consolation while the European champions floundered around in the bottom half. But the Reds were about to embark upon a 10-game winning run which saw them power up to a third-place finish. 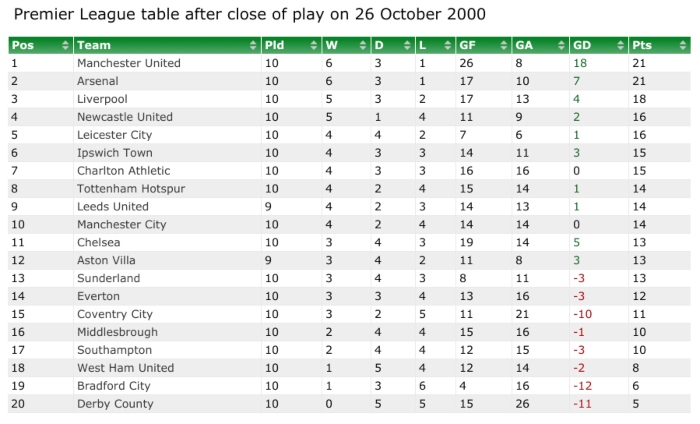 The top three had a familiar look by the end of October in 2000 and so it remained with the only difference between games 10 and 38 being United’s 10-point margin of victory.

George Burley’s Ipswich were getting into their groove on their way to a fifth-placed finish and a return to European football, powered by 19 goals from Marcus Stewart. At the other end, Bradford City were unravelling fast despite the signings of Stan Collymore, Benito Carbone and Dan Petrescu.

Because United fans hadn’t been spoiled enough with their third consecutive title, they also got to laugh their c*cks off at City, who worked so hard to go from Division Two to the top flight in two years, only to fade badly and sink back into the Football League.

*Buy Jamie Vardy and thousands of other players on Football Index. 18+, UK and Ireland customers only, begambleaware.org. T&Cs apply.