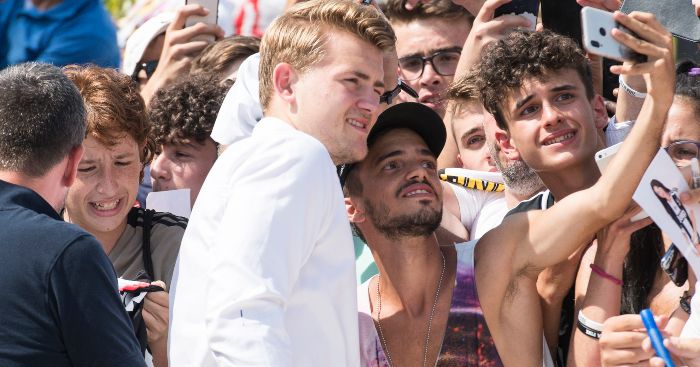 Matthiijs de Ligt has responded to claims that Manchester United decided against signing him this summer over weight issues.

But Bout also reported that De Ligt’s father was ‘significantly overweight’ and the presumption was that the centre-back would eventually go the same way.

However, De Ligt – who eventually agreed a deal to sign for Juventus this summer, was having none of the reports.

“Every day, there was something new,” De Ligt told Voetbal International of the summer speculation.

“Suddenly, even my father was too fat and that’s why one of the clubs wouldn’t want me. That makes you go, ‘Come on, man…'”

On rumours that money were one of the reasons for him turning down Paris Saint-Germain, De Ligt added: “Money played no role at all in my choice for a new club,” he said. “Everyone who knows me, knows that.

“Everyone is entitled to their opinion and I will respect that, but some people were saying things like that (the PSG story) very easily.”