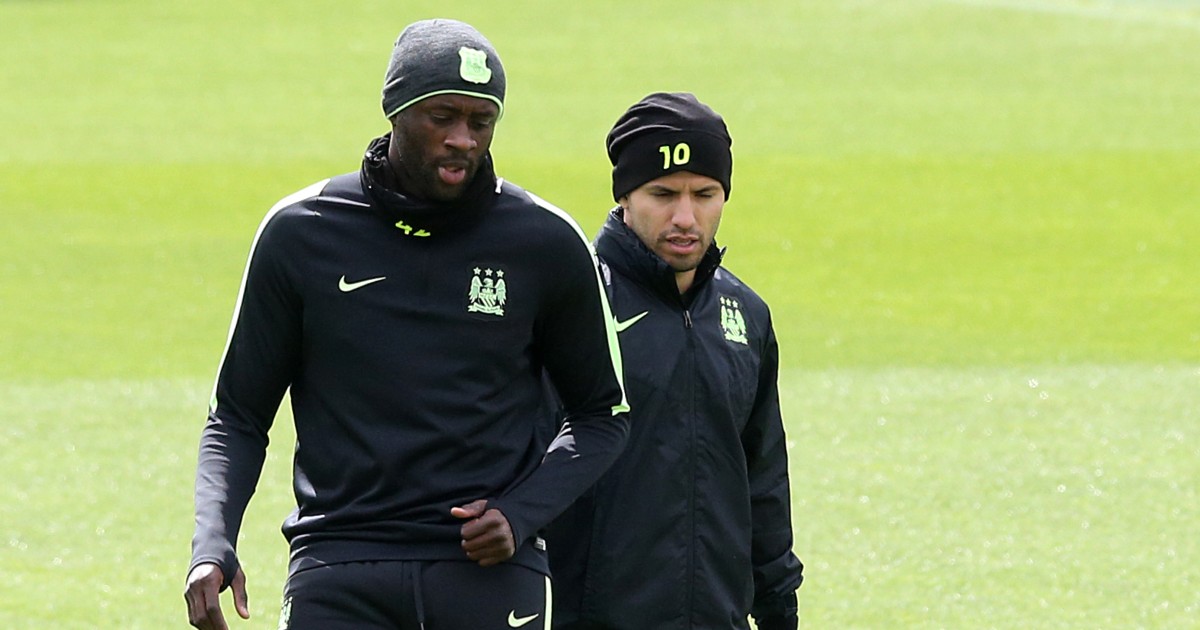 A big derby win for Manchester City would all but guarantee them the Premier League title and they would have managed it largely without the help of all-time leading goalscorer Sergio Aguero, who’ll play less than half of City’s league games this season even if he features in every remaining fixture.

Here’s a side made up from big players who missed over half of their team’s games in a title-winning season.

Goalkeeper: Petr Cech
Jose Mourinho picked up his third and most likely last Premier League title in 2015, ten years after his maiden triumph with Chelsea. The Portuguese did it largely without the help of long-time number one Petr Cech, who was a key figure during Mourinho’s first stint at Stamford Bridge, but Thibaut Courtois’ presence restricted him to just seven appearances in the 2014/15 campaign. Legendary Arsenal goalie David Seaman is also eligible for this side, having only made 17 appearances in the club’s title-winning 2001/02 season. If you fancy a goalkeeper challenge, try naming the other two keepers who lined up for the Gunners in the league that year.

Right-back: Gary Neville
Despite winning eight Premier League titles during his career at Manchester United, Gary Neville could’ve picked up a couple more if injuries didn’t blight his later years at Old Trafford. The former England international didn’t play a single game in the league in the Red Devils’ successful 2007/08 campaign and made just three appearances in the 2010/11 season, his last at the club. Micah Richards (2013/14), Branislav Ivanovic (2016/17) and Lee Dixon (2001/02) could also feature at right-back here.

Centre-back: Tony Adams
Dixon wasn’t the only member of Arsenal’s famous backline to miss out on a large chunk of the 2001/02 season, with iconic captain Tony Adams playing just ten games in the league. It was enough for him to pick up a second Premier League trophy and fourth league title overall, having also led the Gunners to glory in 1989, 1991 and 1998.

Centre-back: Vincent Kompany
Another victorious Premier League captain joins Adams in this side, with former Manchester City skipper Vincent Kompany missing out on game time towards the end of his career at the Etihad. If/When City finish this campaign as champions, it will mark the first time they’ve lifted the title without Kompany since Tony Book captained them to success in 1968. The Belgian was restricted to 17 matches in both the 2017/18 and 2018/19 seasons, but still played a big part in helping his side to the top of the table.

Centre-back: John Terry
Completing a triumvirate of legendary club captains at centre-back, John Terry qualifies for the side having only made nine appearances for Chelsea in the league under Antonio Conte in the 2016/17 season. It was the last of Terry’s five Premier League titles, with the former England skipper leaving Stamford Bridge in true John Terry fashion in the last game of the campaign.

Left-back: Aleksandar Kolarov
Not too many options at left-back for this side but former Manchester City defender and two-time Premier League winner Aleksandar Kolarov does qualify, having only played 12 games during the club’s 2011/12 campaign. However, the Serbian still managed to make an important impact in the team’s run to top spot, scoring a vital late equaliser in a 3-3 draw with Sunderland.

Central midfield: Yaya Toure
Yaya Toure was, of course, far more instrumental than Kolarov in helping Manchester City land their first Premier League title and he remained the side’s star player in the heart of midfield for over half a decade, playing a huge role in the Citizens’ second triumph in 2014. However, come the 2017/18 season, the number of candles on the birthday cake started to catch up with the Ivorian and Toure only played ten games under his best pal Pep Guardiola.

Central midfield: Bryan Robson
Like Toure, Bryan Robson’s influence in midfield began to fade in his mid-30s but a long and storied career at Manchester United deserved a fitting end and he left the Red Devils as a two-time Premier League winner. Robson’s peak years saw him lift the FA Cup three times but Captain Marvel had seemingly missed out on claiming the league title. He was no longer first choice during the inaugural Premier League campaign but still played 14 games as United topped the table in 1992/93 and despite the summer acquisition of Roy Keane, Robson featured 15 times the following season as Alex Ferguson’s men retained their crown.

Central midfield: Paul Scholes
Not content with the ten Premier League titles he already had to his name, Paul Scholes came out of retirement in the 2011/12 campaign to try and add some more silverware to his collection. God wasn’t on United’s side that season but the following year saw the Red Devils triumph again, with a veteran Scholes playing 16 games. Other options in midfield are Michael Essien for Chelsea in 2009/10 and Yorkshire’s own David Batty for Blackburn Rovers in 1994/95.

Striker: Teddy Sheringham
It didn’t look as if Teddy Sheringham was going to win the lot during his first season at Manchester United, with the Premier League golden oldie initially struggling to fill the void left by the enigmatic Eric Cantona as Arsenal lifted the Premier League trophy for the first time. Andy Cole and Dwight Yorke were Alex Ferguson’s first-choice strike force in the 1998/99 season, with current Red Devils boss Ole Gunnar Solskjaer also playing more games than Sheringham that campaign. However, 17 appearances in the league only told a third of the story, with Sheringham going on to score in the FA Cup and Champions League final as United won the Treble.

Striker: Carlos Tevez
Aguero has been absent from the Manchester City’s line-up this season largely due to injury but the same can’t be said of Carlos Tevez’s desertion from Roberto Mancini’s side in the 2011/12 campaign. The Argentinean had seemingly outstayed his welcome in Manchester following his exile from the club after refusing to warm up during a Champions League clash with Bayern Munich. However, the former Manchester United man returned to the team at a crucial time and ended up making 13 appearances in the league to help City finish above the Red Devils.